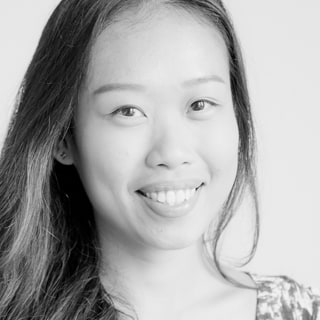 I can still remember the moment when I was up in the sky looking down on Frankfurt, anxious yet excited. In June 2015, I moved from my hometown Hong Kong to a country known for its beer, sausages and miserably cold winter – Germany. It was indeed pretty intense for me as I had never travelled to Europe before. And when I did, I started living and working as a UX designer there. 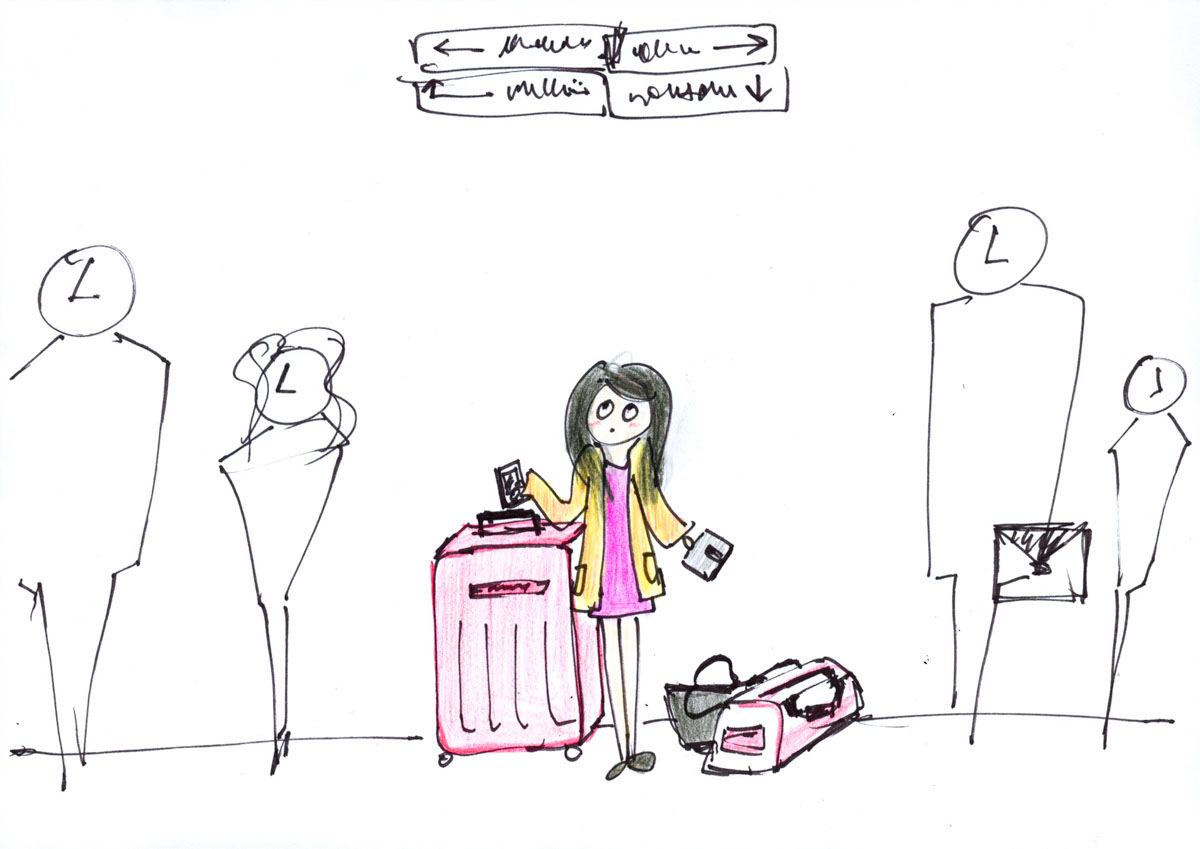 Being International: More Than a Matter of Geography

After going through the culture shock, I realized that being a truly international designer is more than just a matter of geography. Travelling and living in another country won’t make you international if you are narrow-minded, reluctant to look further at the cultural influences behind those behavior and thoughts that you find it hard to identify with.

Cultural awareness and intercultural competence are essential for all the people working across cultures. According to Stephanie Quappe, founder of Intercultural Change Management, cultural awareness is “the ability to understand the differences between themselves and people from other cultures, especially differences in values, beliefs and perceptions. Cultural awareness becomes central when we have to interact with people from other cultures. People see, interpret and evaluate things in different ways. What is considered an appropriate behavior in one culture is frequently inappropriate in another one.

“In China and Japan, picking up the bowl while eating is a proper table manner while you can get the weirdest glances by doing so in a, say, German restaurant. Quappe: “Misunderstandings arise when you use your own meanings to make sense of others reality.” 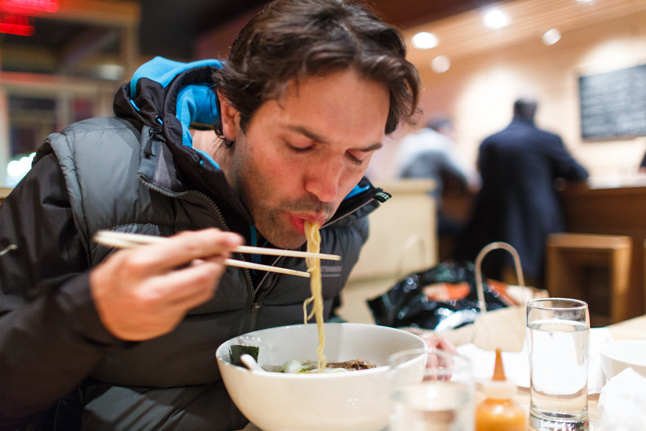 Having high level of cultural awareness does not only allow you to build more successful personal and professional relationships in a diverse multicultural environment, but also to be inspired and broaden one’s horizon.

Managing the way to talk to people from different culture is the key of successful communication. This is especially crucial in user research. Poor understanding of cultural differences can lead to misinterpretation. 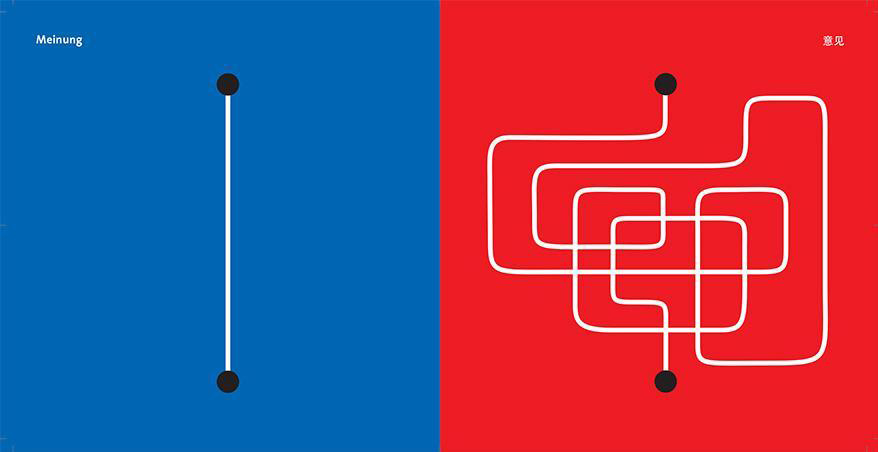 The way Germans express themselves tend to be louder and direct, while Asians are more soft-spoken and tend not to talk directly as it can be seen as impolite. If you lack cultural awareness, you might think Germans are cold and rude; Asians are timid and ambiguous. That’s why it is important to increase both self-awareness and cross-cultural awareness in order to achieve effective interaction with others.

In some Asian countries such as Japan, people incline to maintain a harmonious online environment by using different visual elements. For example, Stickers are a larger-scale emoticons which are primarily used for instant messaging (IM) chats because they help convey emotion, and are more visual than blocks of text. However, these cute Stickers are not prevalent in the West, as well as simple text emoticons. Once I was failed to communicate with my colleague when I sent him “:>” and “T^T”. He replied, “???”

Diversity drives innovation by allowing exchange of different perspectives and ideas. “When you have a diverse group of people from different cultures, you get not just different beliefs about the world, but different ways of perceiving it and reasoning about it,” says Dr. Richard Nisbett, a senior research scientist at the U-M Institute for Social Research (ISR), the world’s largest academic survey and research organization. Nisbett and his colleagues have found that people who grow up in different cultures do not just think about different things, they think differently.

In a series of their studies comparing European Americans to East Asians, one of the result is similar to the above mentioned communication research. They found out East Asian tend to think holistically and focus more on the context and relationships among objects. Westerners are more analytic, tending to pay attention from single object and rely more heavily on formal logic.

Westerners and East Asians describes this scene in different ways

In one experiment, Japanese and Americans viewed the same animated underwater scenes, then reported what they had seen. The Japanese made about 70% more statements than Americans about background aspects of the environment – The first statement of Japanese usually referred to background elements: “There was a lake or a pond.”, while Americans would say like: “There was what looked like a trout swimming to the right.” Japanese also made 100% more statements about relationships with inanimate aspects of the environment, for example, that a big fish swam past some gray seaweed.

When you realize more about the way culture affects thinking and reasoning, you can try to see and do things in a new way. If you have a habit of focusing on individual people and objects, now start paying attention on their relationship and how they interact. For example, when you are observing your users, instead of assuming their behavior originated from their personal characteristic, try to consider the context of the behavior and how the situation creates an impact. If you could understand your users better, you would be able to design a solution that meets their needs. Also, communicating and discussing with someone from another culture can stimulate creative thoughts and is often a great source of ideas.

If you are a designer, you might ask, “So what should I do? The design process is universal. It is just a start to acknowledge and be aware that we may express and think differently. Extra effort in a closer look at other more prominent cultural influences is essential, for example social factors. This is vastly important in interpreting users’ behavior and discovering their true needs.

Let’s take a look at one example, Tmall, is the largest open business-to-consumer (B2C) platform in China and operated by Alibaba Group. It is a platform for local Chinese and international businesses to sell brand name goods to consumers in mainland China, Hong Kong, Macau and Taiwan. The layout and content of product page reveal the low-trust environment in China, while sellers provide as much details and evidence as possible to convince customers of their own reputation and product’s authenticity. 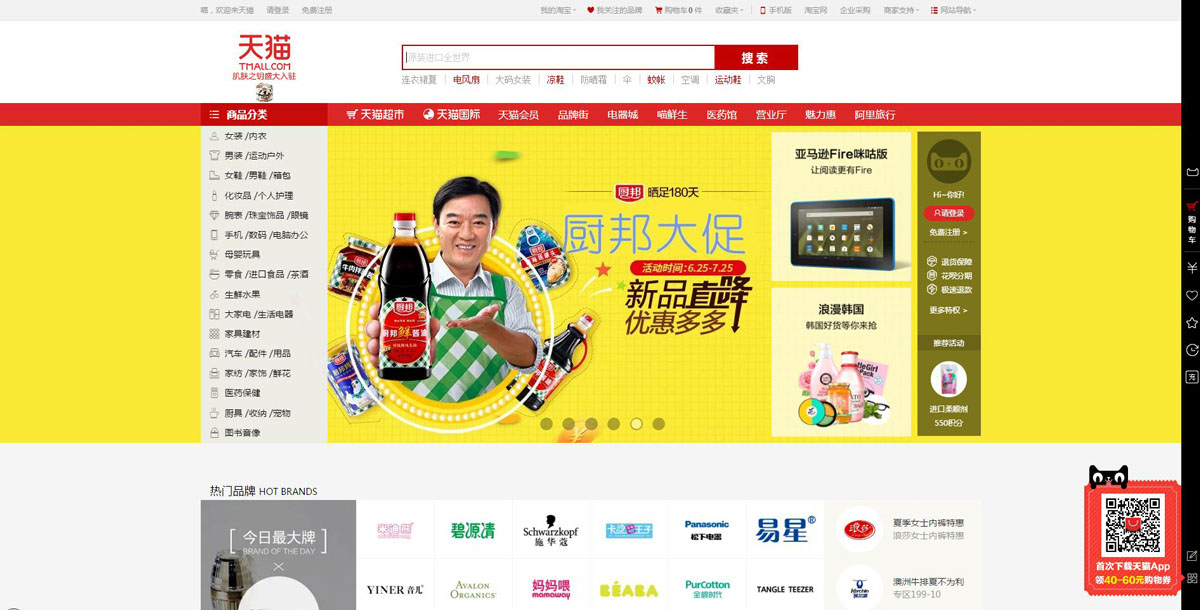 Below is a product page selling crabs. There, of course, you will find a lot of close up photos of the crab. And on the left hand side, live-chat service center is an essential function. Under the influence by the concept of “gwanxi”, establishing a trusting relationship is absolutely vital in doing business in China. 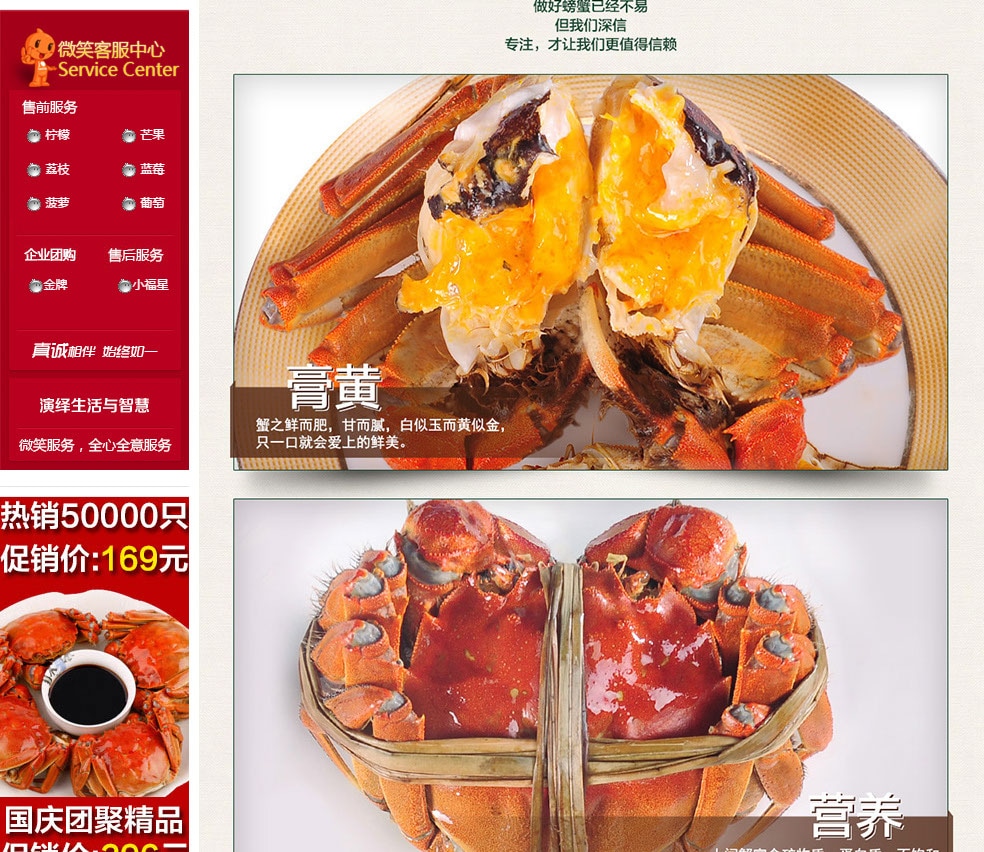 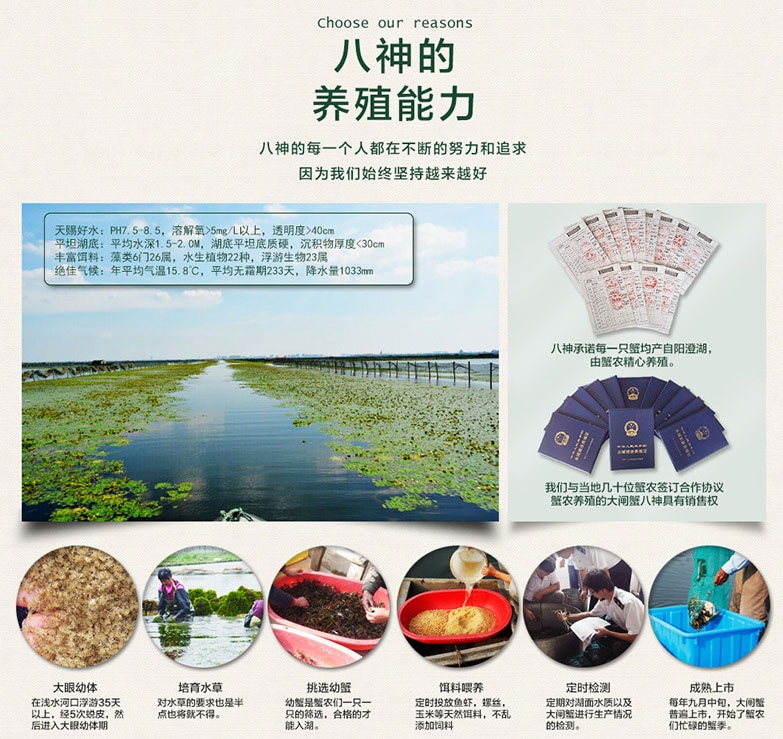 Pictures showing how they raise and select crabs 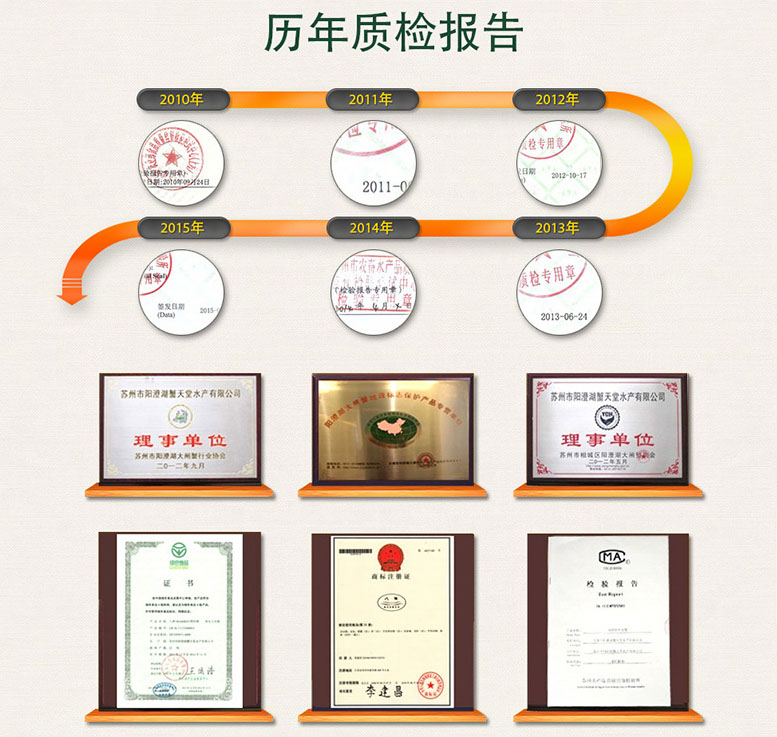 Even the profile of the owner and farmers

Other details include packaging, extra knowledge about crabs, ways of cooking, eating and storing – basically anything that will help to deliver the message – “I am trustworthy and my products are authentic and good in quality.”

Before coming to Germany and ever since, I have been nurturing this attitude to really become an International Designer. I am still learning and adapting to the German culture, and I guess it will never end. Exploring another culture opens up my world to see things in another perspective. Our culture unconsciously shaped us as we grew. We are culturally programmed to act or think in a certain way. So when designing for users from different culture, dispense all the stereotyping. Instead, step outside of your cultural boundaries, look deeper and be aware of the impact that culture has on us. Always hold a positive attitude, be curious and empathetic!