Continuous UX: optimize on a small level, scale on a large level 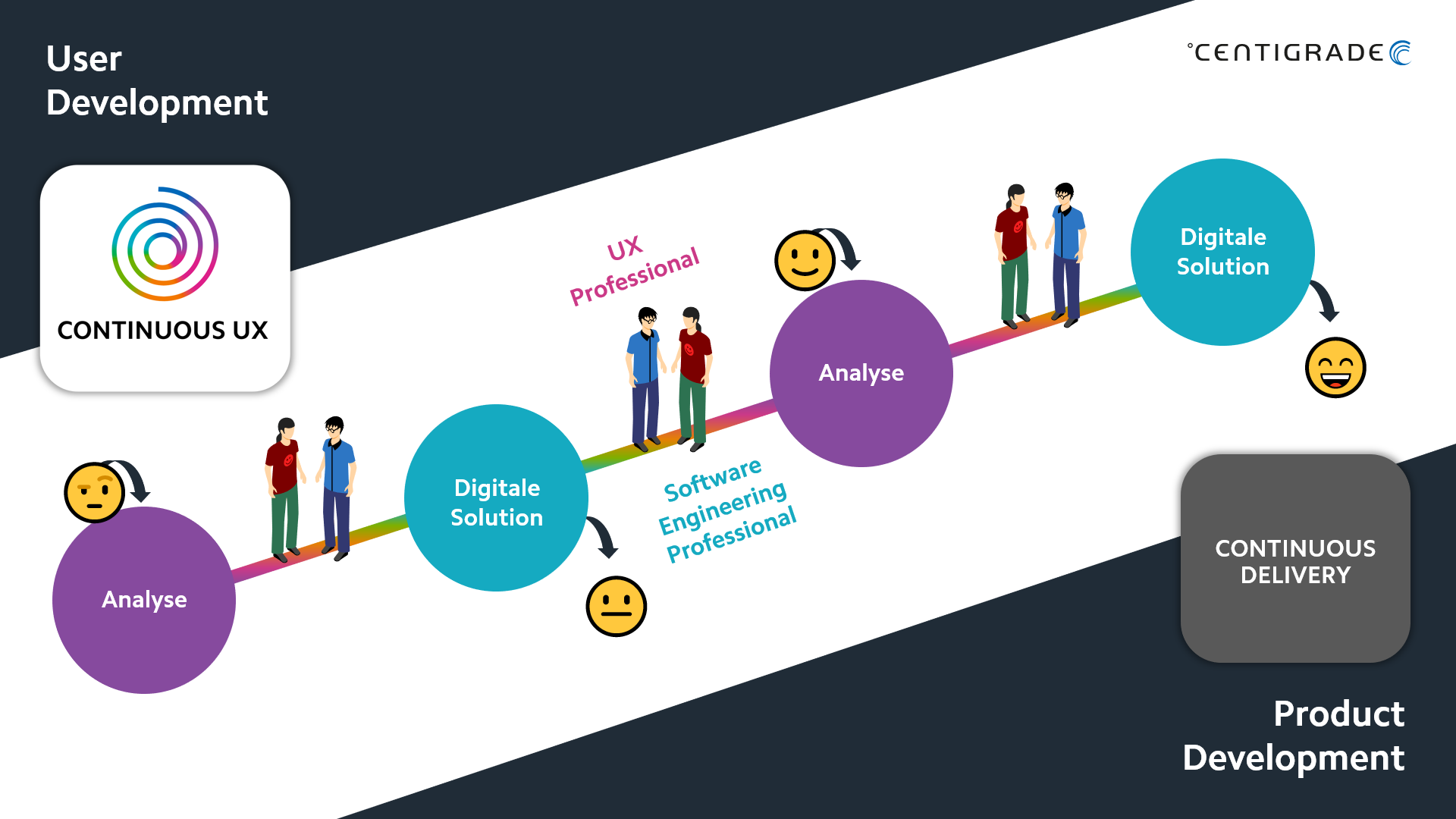 Because neither Lean UX nor Scrum nor SAFe alone provided the answer to our challenges, we developed our own UX process kit: Continuous UX. END_OF_DOCUMENT_TOKEN_TO_BE_REPLACED 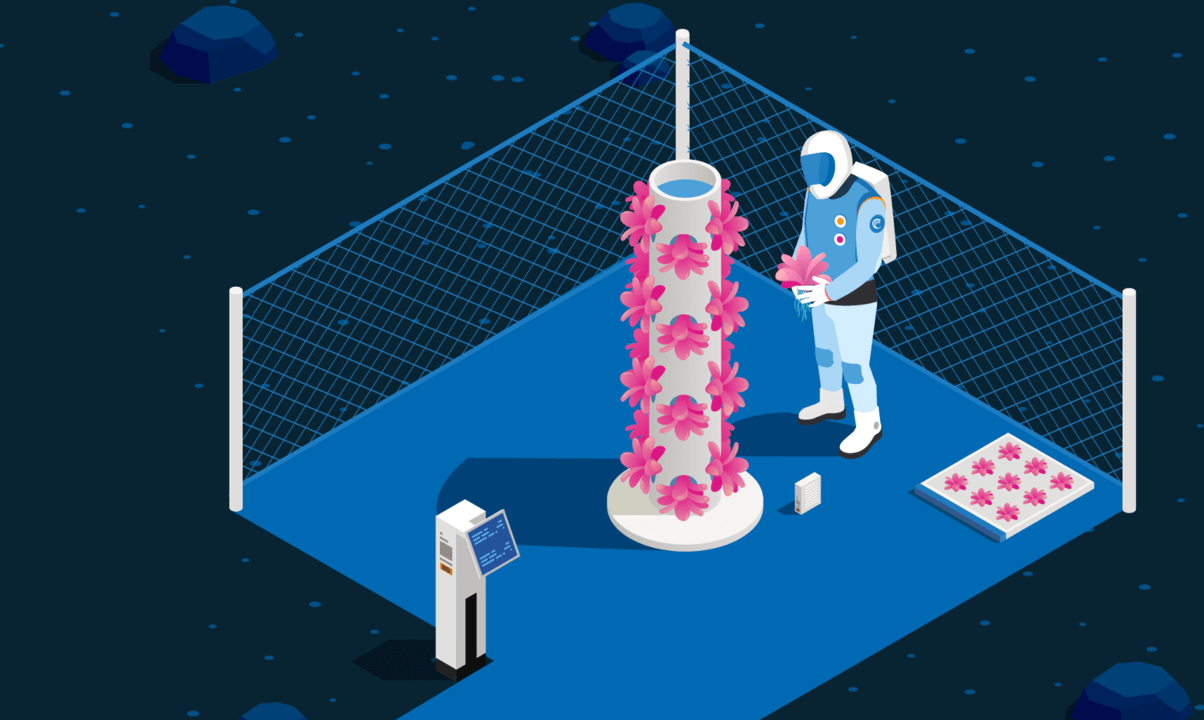 I had recently published the article UX Design is dead – long live UX Design and described in it why I think a new understanding of the role of UX Designer* is urgently needed. My call then was:

Let’s modernize the role ‘UX Designer*in’ together to make the digitalized world of tomorrow a little bit better with better products and services.

One reason for the call was that even after many years in the industry, the gap between UX designers and software engineers still seemed too big to me. Fortunately I got a lot of input from other professional UX & CX or digital design professionals, software engineers or – in general – product creators. Thank you for that, because it gave me the opportunity to further sharpen my thoughts on the role of ‘UX designer’. END_OF_DOCUMENT_TOKEN_TO_BE_REPLACED

What is Gamification? Definition and examples from real life

Gamification is the “application of game-typical elements in a non-game context”. Gamification is by no means the same as conventional incentive or reward systems. A reward is merely an “external trigger”, i.e. a manual impulse that is intended to get someone to perform an action. For example, a health insurance company pays a premium if the client exercises more frequently. However, if this external trigger falls away, the person is very likely to stop taking the action – i.e., the health-seeking behavior – as well. The person was merely “extrinsically motivated.” END_OF_DOCUMENT_TOKEN_TO_BE_REPLACED

In our last blog post on the LOUISA project, we went into what the project is all about and what the goals are. In this blog post, we want to shed some light on the start of the practical work and our process. Everything starts with the first persona and its scenario…

END_OF_DOCUMENT_TOKEN_TO_BE_REPLACED

The start of a new UX designer role model.

A lot has happened … and then it hasn’t.

I’ve really been around the so-called UX scene for quite a while now. As the owner and CEO of Centigrade, I’ve been running one of the most successful UX companies in Germany for over 15 years. But since I moved from video game development 20 years ago into what was then called usability and user interface design, not much has actually changed. Sure – new tools have emerged and disappeared again. Methods have been hyped and then replaced by supposedly even better methods. The end devices and design options have become more numerous and somehow no one talks about pixels anymore, because that was settled with 4K monitors at the latest.

END_OF_DOCUMENT_TOKEN_TO_BE_REPLACED

The transformation of a traditional industrial plant into a “smart factory” confronts companies with major challenges in many ways. One of the most important aspects, in addition to the development and implementation of new processes and IoT-enabled production equipment, is the human factor. There is a wide range of training and education to make employees fit for the machines. At Centigrade, we take a different approach and develop user interfaces that make machines fit for employees. In this interview, our CEO Thomas Immich explains why Industry 4.0 is more than new, networked machines and why the human-machine interface needs to be rethought. END_OF_DOCUMENT_TOKEN_TO_BE_REPLACED 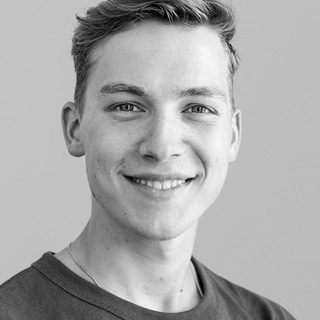 Hello, my name is Joshua and I was wondering how do you become a UX designer in two weeks to get so well versed in the subject to solve a real-world problem? This blog post is like a little log on my journey through the world of UX design. END_OF_DOCUMENT_TOKEN_TO_BE_REPLACED 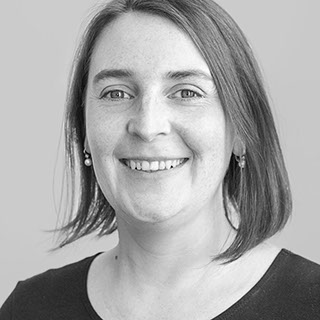 Introduction to the research project

In the context of our research project on the topic of IoT (Internet of Things) and digital health management, we deal with the question of how to motivate people to increase health-promoting behavior at work and at home.

END_OF_DOCUMENT_TOKEN_TO_BE_REPLACED

Introduction to the LOUISA project

What is the LOUISA project about?

The LOUISA project was launched by the Center for Pediatrics & Adolescent Medicine at Essen University Hospital and the Essen University Medical Center Foundation. In everyday hospital life, the legal representatives of sick children are often the first point of contact when it comes to explanations and information about complex measures or illnesses. This project aims to focus on the sick children in order to inform them in a way that is appropriate to their situation and time. Especially for chronically ill children with protracted treatments, an understanding of their illness is an indispensable prerequisite for effective treatment. This applies both to the hospital stay and to the subsequent time at home. It is very important that patients regularly document certain values, adhere to their medication schedule and monitor vital signs.

END_OF_DOCUMENT_TOKEN_TO_BE_REPLACED

How do you establish UX in traditional large corporations? An interview with Thomas Immich

Often, long-standing processes at large corporations are to be transformed into a new digital customer experience. The result should be intuitive, fun and eliminate any barriers to entry. Can you briefly describe how you guys approach such a task?

END_OF_DOCUMENT_TOKEN_TO_BE_REPLACED

The Gamification Project MightyU – You ask, we answer

MightyU is an extraordinary research project for children with infantile cerebral paresis, in short: ICP or CP. ICP is a chronic movement disorder caused by early childhood brain damage. With the approaches of Gamification and Virtual Reality, MightyU wants to achieve that the affected children and adolescents can perform their therapy exercises more playfully and independently at home. Managing Director Thomas Immich answered important questions about the research project in a short question-and-answer interview:

END_OF_DOCUMENT_TOKEN_TO_BE_REPLACED 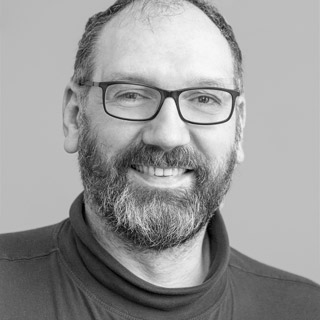 Part 1 of this article highlighted a few points that can be used to prevent a good UX strategy in a company. Part 2 is now dedicated to topics that support a good UX strategy.  The top 5 things that should be done to enable a sustainable UX strategy are not dependent on the size of the company or project. Neither can they be limited to a specific industry or sector.

Each of these 5 things is based on real situations in real teams and real companies.Possible similarities with known situations or recognition cannot be excluded.