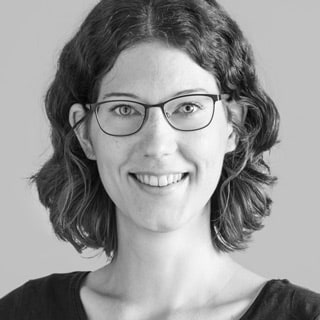 We are confronted with very different kinds of to-dos every day. It is only natural that some of those tasks are more fun than others. Especially less motivating tasks, for example housekeeping, are last on the list: cleaning the coffee machine, tidying up the refrigerator, sorting empty bottles. The preferences and aversions may be individually different but supposedly everyone knows special tasks that he or she does rather reluctantly. Also, in office routine, there are frequent tasks that come up extra to the actual working activities: cleaning up the meeting room, deposing waste batteries (only professionally of course!) or writing a blog article for the company website 😉 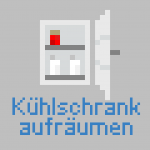 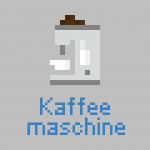 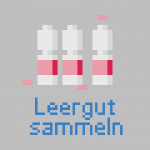 What can be done to make such to-dos – as well as the everyday (working) life – more engaging? In this article, I introduce not only known approaches, but also our “in-house” concept.

In contrast to the tasks mentioned before, computer games can have a very motivating effect on us. Many current titles affect our brain’s motivational system so extensively that we can sit in front of the screen for many hours. There is always something new to be explored and the emotion of winning just feels good. If you reach predetermined goals, you will be rewarded with virtual items or gold. The theory of human motivation assumes that all people follow three basic psychological needs: competence, autonomy, and social connectedness. If those needs are fulfilled, motivation can arise. Research findings suggest that games provide ideal foundations for satisfying these three needs and, when used properly, have a strong motivational effect (Rigby & Ryan, 2011).

Gamification builds on this potential. It means influencing the user experience in a positive way throughout a non-playful activity, i. e. creating fun and enjoyment while practicing an otherwise uninspiring activity. Gamification recently conquers the everyday professional life – an independent direction of gamification deals with its potential in the corporate sector: 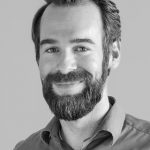 “The gamification process centers on the users with their needs and interests, who are supported by the combination of an attractive user interface design as well as substantial interaction mechanics in order to achieve their goals.”

Gamification can also be integrated into existing processes and thus represents a good way to make those more motivating for the practitioner. But how can gamification be used in task management? In the following, I will present some examples.

The Android and iOS app Habitica embeds classic task management functions in a fantasy role-play game (RPG) context to motivate users developing positive habits. In Habitica every player gets experience and health points and has her/his own level system. Users can create to-do lists for themselves (“quests”) in the app. Habitica differentiates between habits, daily tasks and single to-dos. The tasks are represented by monsters that the player faces in a boss fight at the end of the day. If a task has not been completed, the player loses health and the life score goes down. For defeating the opponents, the player gets gold and experience points that can be used to upgrade their avatar. Gold can be traded in a shop system for new equipment and pets, random rewards provide additional motivation. Habitica also offers the opportunity to use the app not only individually, but to create groups in which several players fight together against the task monsters. 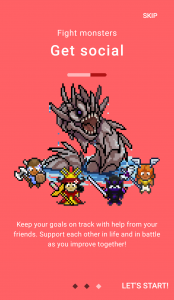 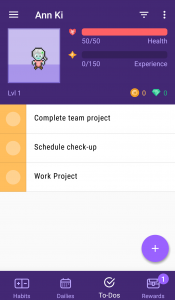 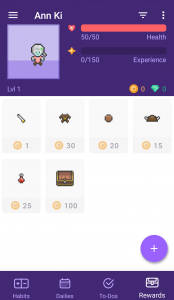 The App Epic Win that is also available for Android and iOS uses RPG elements similar to Habitica. The player’s progress is visualized by a path on a map. A motivating factor also exists in the acquisition of new equipment or animal companions for upgrading the own avatar. Epic Win relies on a differentiated skill system that reflects the player’s evolution. “Skills” are tied to task characteristics such as strength and stamina, which can be set by the player himself. Unlike Habitica, however, there is no support for collaborative use by a group of players. 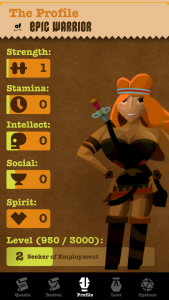 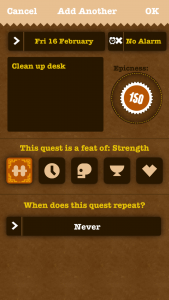 The concept of playful task management systems sounds promising. However, as colorful and beautiful as the featured apps are, in our profession we are often overwhelmed by too many digital applications and tools. Therefore, we decided to develop a gamified task management system that follows an analogue, non-digital approach. We also wanted to know if and how gamified task management systems can be applied to everyday work. It was out of this ambition that we developed “Office Quest” with the aim of motivating individuals to do something for the community and thus to make office life more pleasant for everyone. Office Quest is designed to motivate its players not to leave unpleasant tasks waiting to be done for too long, but to complete them in a timely manner – thus providing an internal platform for communicating and distributing tasks.

Following the idea of the Minimum Viable Product (MVP), we developed a physical, hands-on prototype as part of an internal project with a gamification concept behind it.
Office Quest’s structure can be compared to a simple Kanban board and is divided into three columns. To-dos, which we call “quests” here, are attached to the first column in the form of paper cards. Anyone who wants to fulfill a task can take the corresponding card and put it in the column “Made by” with their avatar tagged. Completed tasks for which there is a defined number of points are put in the “Done” column and marked with the employee’s avatar image. The special feature: you do not work for yourself, “earned” points are credited to a team score. When the team score is filled, all employees receive a reward. 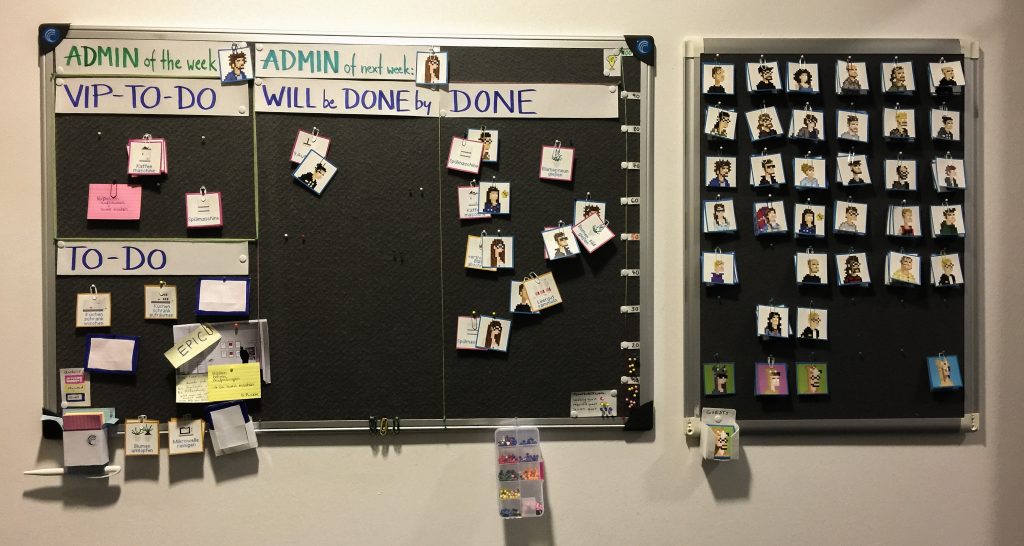 Every week there is a challenge which consists of different, ever-changing tasks and provides extra points for the team score. At the end of a weekly quest series there is a covered task that needs to be “unlocked” first. This secret task can be a particularly complex or fun.

So why should people work, just to unlock yet another task? Quite simple: Motivation-theoretical insights show that the charm of a surprise is especially motivating (Bjork & Holopainen, 2004). 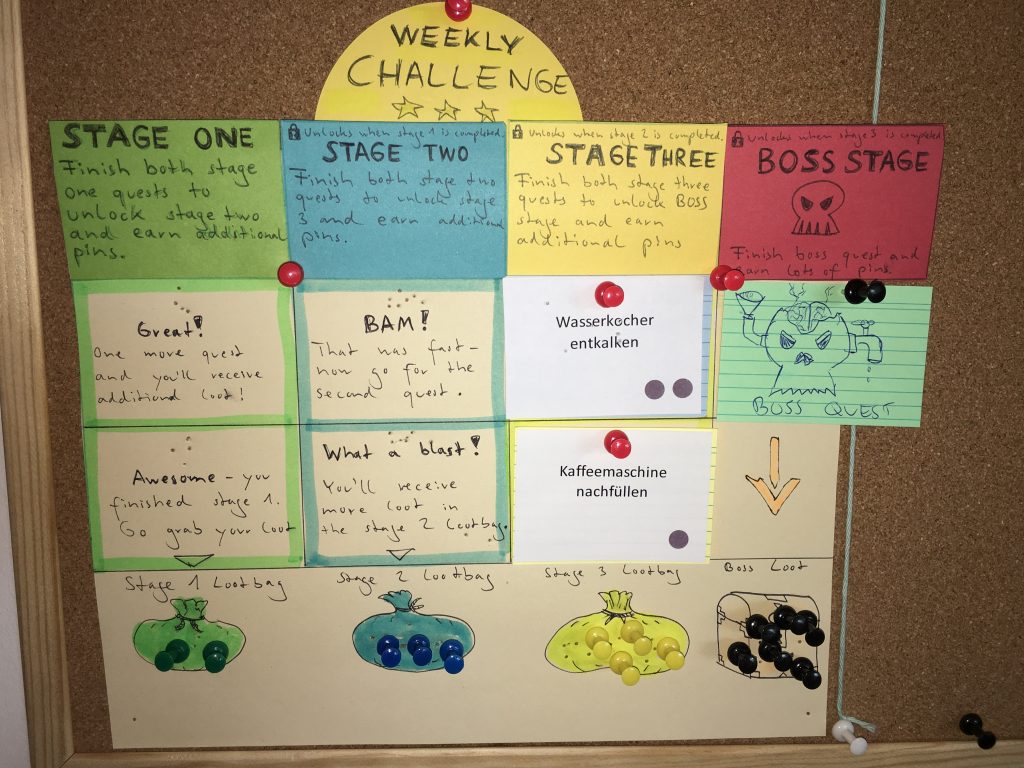 Every member of the Centigrade Team got a Lego “action figure” which reflects his or her core competences and abilities at the beginning of the Office Quest test phase. Since I, for example, like to scribble and make drawings, I got the Lego avatar “Anna with Magic Marker”. The avatars promote identification with one’s own abilities and express appreciation for the special talents of every single employee. As a reward for a full team score, each employee gets a loot kit with different Lego parts (gadgets, animals, weapons …) for upleveling their avatars. Also, new badges for each discipline can be gained. Thus, similar to the apps Habitica and Epic Win, the avatar grows gradually, gets new equipment and continues to evolve. 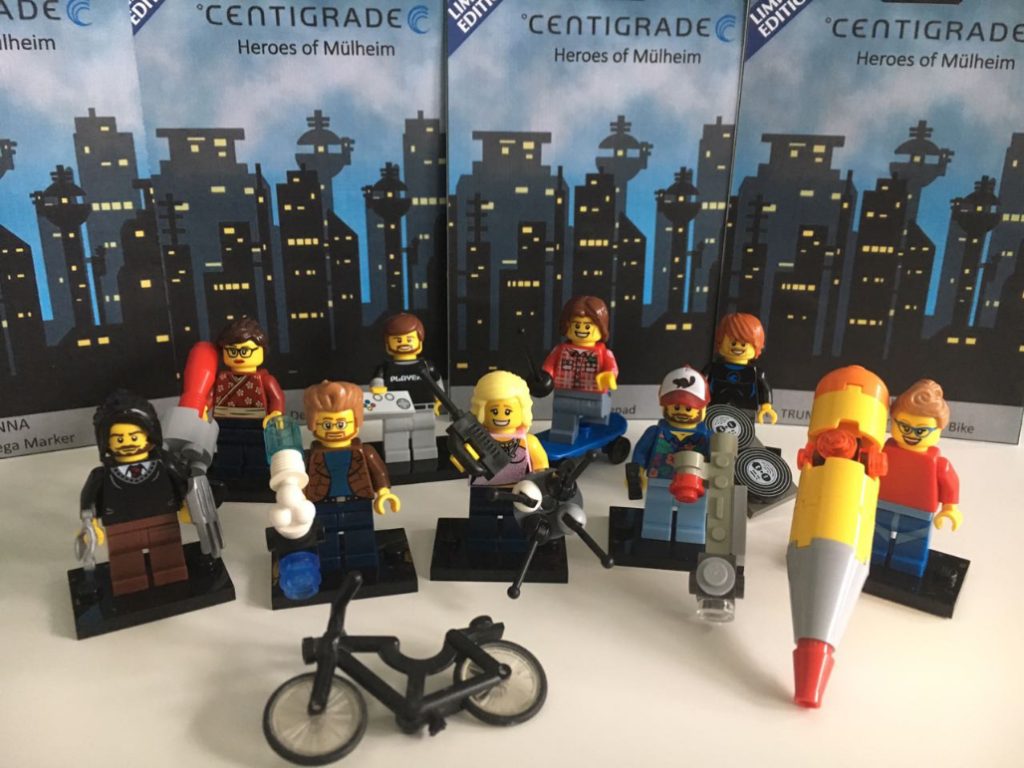 What colleagues say about “Office Quest”

More than a year ago, we launched our Office Quest, and since then it has mostly been used in a continuous way. Lately, we evaluated the concept with short interviews in which we asked colleagues for their opinion and received very positive feedback:

“I like the idea of filling the progress bar together.”

“I think it’s nice to have an analogue interaction that openly communicates that you are doing something good for the office community.”

But what about the overjustification effect?

From a motivational point of view, it is arguably discussable to use such a strong extrinsic motivational factor as the Lego figures because of the danger of an overjustification effect – in this case the intrinsic motivation is replaced by an extrinsic one. However, scientific evidence suggests that extrinsic incentives can provide the starting signal for long-lasting motivation, especially when the activities themselves are not very motivating (Chou, 2015).

Something new every now and again

Of course, as with many gamification strategies, the engagement may be lost over time. To create long-term motivation in playful task management systems, something new has to be added every now and again. The concept lives from its renewal – which does not mean that the changed or added features have to be huge. Variations in the “game rules” or the addition of small new game mechanics can help to bring the system back into consciousness and create a new motivation boost. After all, the concept is still in its testing phase – therefore experimenting is allowed.

Where there is little to none motivation to complete unpleasant tasks, playful task management systems can help to increase productivity. In addition, they can support a stronger workplace awareness, meaning the knowledge of existing tasks within a working environment. Centigrade’s Office Quest is a very simple implementation but manages to give an overview and more transparency about pending and completed tasks. This example also shows how existing processes can be enriched with gamification. Previously, office tasks were controlled by self-regulation – Office Quest replaces this with a fixed system. Nevertheless, a difficulty was also revealed: At the smallest branch with fewer employees, the board comes with a higher participation than at the headquarter in Saarbrücken, where it is used by a much larger group of people.

The neatness of the office, however, speaks for the fundamental success of the Office Board – and also the fact that I was able to equip my character “Anna with the Magic Marker” lately with a second outfit 😉 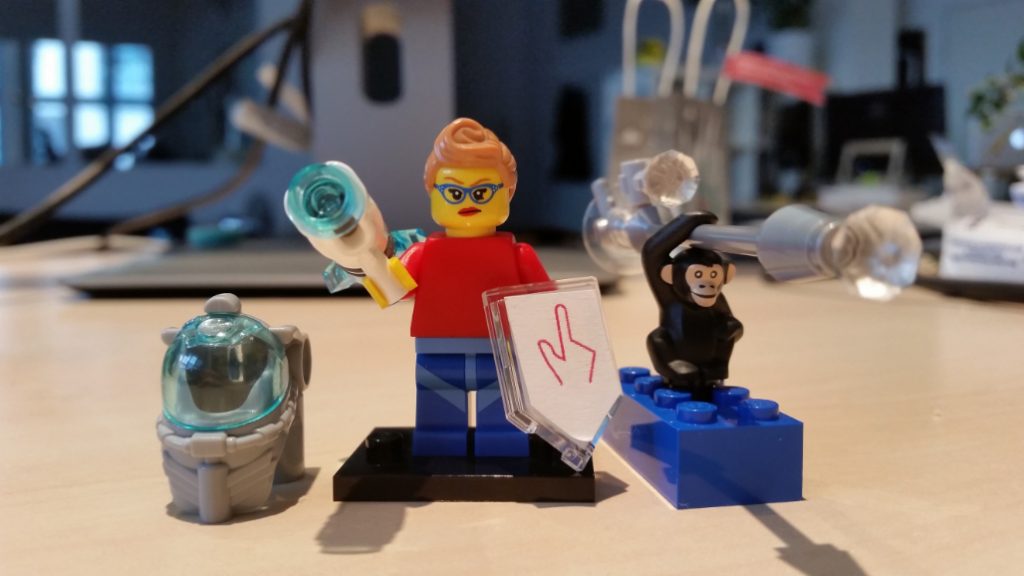 If the article aroused your interest in gamification and you would like to integrate motivational aspects into your processes, please do not hesitate to contact us!