Mouse vs. Touch – or Peacefully Together? 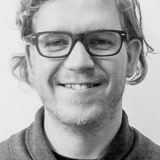 Interacting via touch is on everyone’s lips. Nevertheless, many companies shy away from reorganizing their applications respectively, because touch screen interactions require different concepts and can accompany huge restructuring efforts and high costs. Also, such restructuring is not riskless, since touch-interaction is not the most suitable paradigm for all application scenarios. The following article presents the combo box as an example to illustrate how mouse- and touch-interaction concepts can be integrated to get the best of both worlds. The article aims at inspiring especially those of you, who appreciate mouse- and touch-operation alike.

First of all, it is doubtful that interacting via finger is more pleasant and more suitable for all application scenarios and branches. It is a fact by now that a bunch of consumer products and smart phones are available on the market and perform compelling via touch interaction (and these devices, such as the iPhone, most probably owe their success to this fact). Also in the industrial environment touch screens are successfully deployed, as you can see for example in one of our Case Study. Business applications such as ERP or CRM systems, used at classical desktop work places, however, are still preferably operated via mouse.

In times of operation systems as Windows 7, which support touch interactions natively, it is a great temptation to make the own application touchable. Mostly, these trials are reduced on simply increasing the size of standard GUI elements. Obviously, this is insufficient for serious employment. Especially at classical desktop workplaces, the hardware ergonomics should be considered before thinking about the software. Otherwise you quickly end up with the famous „gorilla arm“.

If such an ergonomic hardware setup cannot be provided, users should be given the chance to switch between touch- and mouse-operation. This again places demands on the software: GUI elements have to be comfortably accessible via both – finger and mouse. What this means in particular, shall be demonstrated with a short example.

The following two scenarios on a micro-interaction level demonstrate step by step how a combo box usually reacts during the selection of an item, once optimized for mouse operation (left) and once optimized for operation via single touch (right). We assume a combo box with only a few items, so that scrolling is not necessary (as it is common for example in pie menus).

Mouse- and Touch-operation of a Combo Box – A Comparison

Using a mouse, selecting an element in a combo box requires one additional click. The primary explanation for this is the deficiency that comes along with moving the mouse while at the same time holding the mouse button pressed. The touch interaction in turn also entails certain drawbacks, since it does not support tooltips in this case.

In the following section we will show how the combo box can be optimized on a micro-interaction design level, so that it can be both mouse-friendly and touch-friendly:

The New Behaviour of the Combo Box

The operation via mouse as well as the operation via touch goes along with certain advantages and disadvantages. For interface designers a direct comparison on a micro-interaction level is worthwhile. Users benefit it any case, since in a system made for both worlds, they can switch instantly from touch to mouse or vice versa without having to reconfigure or restart the application.

Windows is a registered trademark or trademark of Microsoft Corporation in the United States and/or other countries.
Teile den Beitrag
Blog Overview
Subscribe to this Site