Please take the following with a grain of salt, a slice of lime and a big portion of good-natured humor: Below we dive into the fictional world of a very naïve designer. The situations are exaggerated on purpose to illustrate some of the difficulties designers can fall prey to when they do not have an overall understanding of the design process with its stakeholders on client- as well as on user-side. Each issue of the fictional designer is contrasted with that broadened perspective.

Monday morning. I am launching Outlook and, behold: The e-mail I sent on Friday has just been answered. There is feedback on my newest design – yay! With a humming growing louder and louder in my ears I read that almost everything looks ok – which, of course, to my artistic soul feels like a slap in the face! Because “…almost everything…” and “…looks ok…” basically means that my, oh so perfect visual concept will be taken apart.

All my work for nothing! Researching for hours to find the perfect font. Putting so much thought into every margin. Wisely selecting colors with the pantone catalog I stole from the hardware store specifically for that purpose. And now someone dares to demand changes to my creation? Did da Vinci have to make changes to the Mona Lisa? Did Picasso do usability tests? Did Van Gogh ever read his e-mail? Who knows… I, for one, know immediately and with certainty: After all the changes that are being demanded the design will be ruined and, adding insult to injury, I will have to be the one to destroy that work of art. 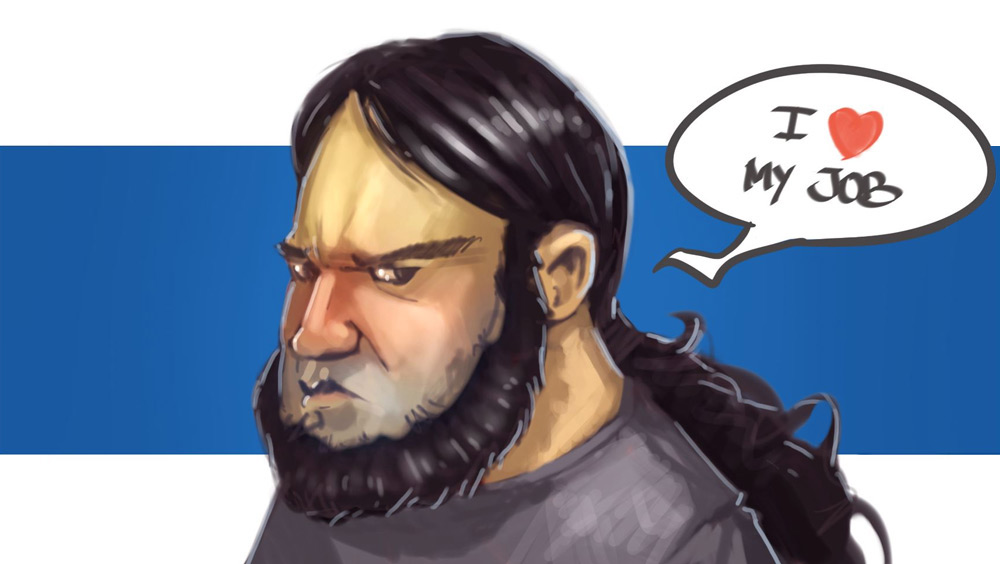 Design is not an art as, for example, painting or sculpting is. Design is problem solving. Good looks are the icing on the cake, even if certain choices are a matter of taste. Every professional designer is used to criticism, and changing his or her design to, in nearly every case, improve them. It is even explicitly welcome to start a discussion based on such proposals, especially in the early stages of the project. Even if we take our time to define layout, fonts and color, and review every proposal internally with other designers during the definition of a key design, it is only natural that clients will also wish for their own adaptions, and that’s ok and how it should be.

Two weeks later. A new e-mail. The last usability test has been evaluated! Of course I am aware of how problematic users can become for the design process. But with this design I was sure: This is as brilliant as it gets! If in 1928 mankind would have had the choice between sliced bread and my design, the nice lady in the bakery would never ask that stupid question “sliced or in one piece?” ever again, but my design would be displayed on every bread paper bag! Anyhow, usability tests are important. I know that… But that doesn’t mean I have to like them! I mean, users have no idea what design, esthetics, typography or layout even mean! All they want is to use the application. And that word. Use. As if it‘s only some… object, a broom maybe, a shoehorn or a bottle opener. Something that doesn’t need design. Something nobody cares about. Something arbitrary, like a switchable theme! And now I am forced to change everything again, so that it will only be used in the end. If I’d have wanted to work with people I wouldn’t have studied communication design! 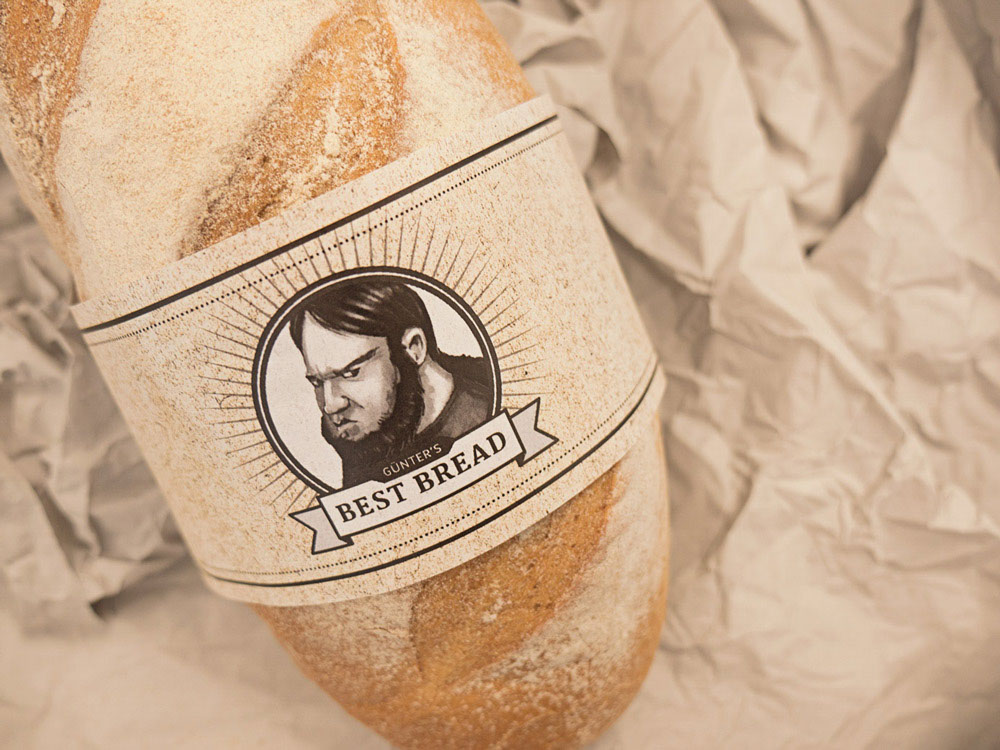 We need usability tests. For all of us, testing usability guides us in coming up with a good design. If users have problems reading text, finding the right controls, understanding hierarchies, or the navigation concept is unclear, it is never the user who is to blame. It is like in the saying that there is no such thing as bad weather, only bad clothing. There are no incompetent users, there is only bad design or rather design that is targeted at the wrong target group. Of course, many users don’t have an extensive understanding of color contrast, typography, the use of whitespace and so on. And that’s not their job. That’s ours. And luckily, that’s not the point of design, either. We create user interfaces for people to work with day in and day out. And trying to be empathetic and putting oneself in the position of the user to identify and fulfil their needs help a great deal. Of course that doesn’t mean esthetics are unimportant – but usability has to come first. Always.

Three weeks later. This time I am sitting in a workshop presentation. We are well-equipped with coffee and cookies and well-dressed people are talking to each other. I must seem a little absent-minded. On the projector I see the design, which, by now, has been put through the digital meat-grinder multiple times. The current state has almost nothing to do with my initial proposal. It looks like a half-assed doodle of an architectural student on a Claude Monet painting. So, it looks like Kandinsky. Only with less color. And more structure. Actually, it has nothing to do with art. Anyways, the settings of the projector are horrible and the room is far too sunny to see the projection. I am almost unable to see the design, let alone read any of the labels. And who is that talking right now? Oh… the results of the new usability test are being discussed. “Everything went really well”, the well-dressed person says. “Only some of the contrasts are too low. You can see the problem on the projector quite clearly”. I guess he meant “you can’t see”. Projectors should be forbidden. I guess the usability test was done on this projector as well. I chuckle. Which attracts a few confused looks. “Yeah, I think I can improve that. I wanted to change all the fonts to the WCAG Triple-A standard anyway.” I say. Inquiring faces. “I’ll take care of it”. 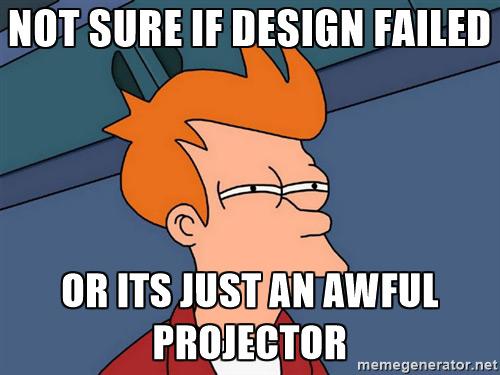 To discuss results with the client at the end of a project or a sprint is the very best case situation. Apart from enabling the team to optimize workflows and plan future steps it is also a great opportunity to see if the design works, or rather where the most potential for improvement lies. So it is in no case a bland presentation of results everyone had already seen via e-mail weeks ago, but rather a chance to optimize the product and collaborate within the team.

I should add that projectors are the natural nemesis of a designer, but it still doesn’t hurt if the design works on them, either. Because, apart from Workshops and schooling sessions for end users, which tend to be run on a projector, it becomes very clear how well a design performs in a different environment (low contrast, different color values, change in resolution, change in lighting). Same as before, there are no bad devices, but only unfitting design decisions.

In conclusion I would like to point out that professional designers greatly appreciate feedback from clients and real end users. In fact, they depend on it. We are no artists, we are problem solvers.