Coffee for your ears: How Death Metal can make you more productive 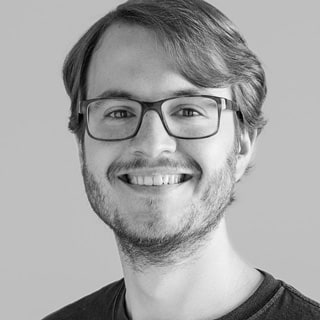 Bored during the train ride? Rolling Stones. Angry in a traffic jam? Slayer. Party with friends? Daft Punk. Sitting in a wing chair with a brandy in your hand? Chopin. Gang warfare? 2Pac. In the age of streaming services like Spotify, music is probably more ubiquitous than ever. Equipped with a smartphone everybody has the possibility to use an enormous database of songs. Our favorite interprets accompany us to almost every place in almost every situation. But what about the working environment? When is it acceptable to listen to music and can it help you do your job? Or is it more of an unnecessary distraction?

“What would you do if I sang out of tune? Would you stand up and walk out on me?” – With a Little Help from My Friends, The Beatles

Everywhere I have worked, people listened to music in the office. Sometimes even together. At least when using headphones, most employers should be OK with it when people play some tunes. Unless, of course, they have to do work that requires constant communication. People for example, who need to answer the phone permanently, will not only have a bad listening experience but probably also miss some important calls.

On the other hand, there are certainly jobs which can benefit from shielding oneself against disturbing noise in the direct environment. After all, people are exposed to the talk of others in an open plan office and can easily be irritated by that. Besides, headphones can be used to signal the need for concentration to coworkers. They kind of become the “Do not disturb!”-sign of many developers, designers etc. Of course it is advised not to go too far with the communicative isolation and remain approachable on a frequent basis. Otherwise, it can not only hurt the teamwork but even cause displeasure among others who feel ignored. 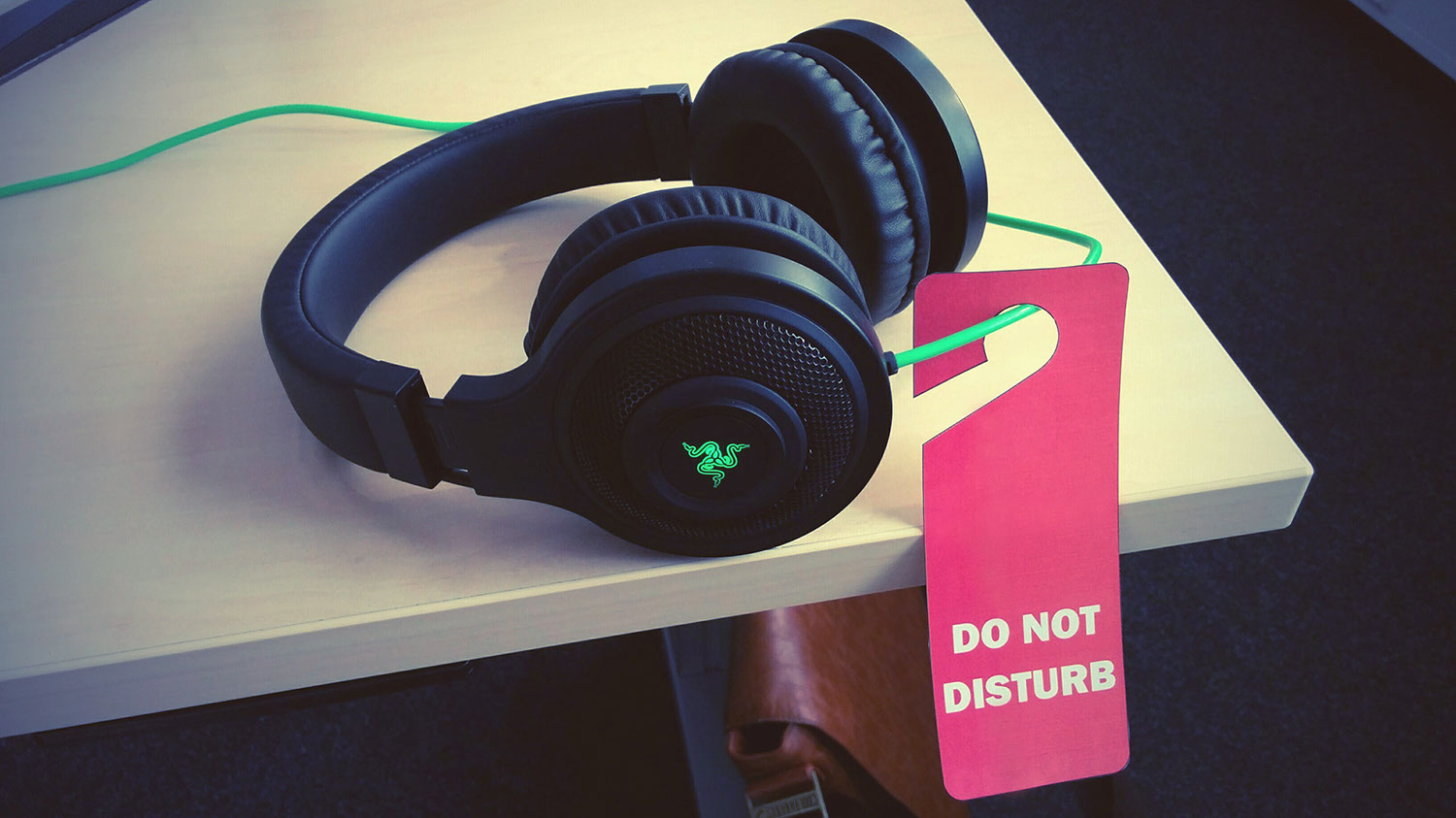 Collective listening to music can be a bit more difficult and brings two basic prerequisites to the table. First of all, it is essential to agree on the kind of music being played. Not everybody likes Dubstep or Death Metal and likes to be bombarded with stress inducing dissonances while trying to handle a huge list of to-dos. DJ Guenter Pellner makes sure that this kind of “noise” is only running when the two of us are alone in the office for once.

He also makes sure to adjust the volume of the music or shut it down as soon as someone calls for quiet, which is the second important prerequisite. Customers do not need to hear “Kissed by a rose” in the background during teleconferences as soon as Centigrade unmutes. Especially not when coworkers sing along with more passion than talent (including me). Besides that, it can be difficult to ignore speakers without using uncomfortable ear protection. If somebody really needs silence to delve into their work others have to respect that. It generally seems like a good idea to agree on an etiquette, which might only be possible in small groups, since everybody has to be absolutely consent with this set of rules.

But why listen to music collectively during the job if problems may arise? There are several arguments for this. Paradoxically, music seems to help some people to ignore unwanted ambient noise instead of amplifying it. This could be explained by Information Theory, which states that the transfer of information is interfered by noise. Such information can also be undesirable things like rattling keyboards or brooding sighs, which are obstructed by the noise of music. At the same time, you are not as isolated as with headphones on your ears and can still talk about work relevant things.

Another reason is that music can improve the social structure. People have something in common when listening to music. They share an interest, like the same thing, in some way do something together (something concurrent that allows working simultaneously) and have something to talk about. Through this it might be possible to foster teamwork and create a pleasant atmosphere in the office. Even though scientific literature maintains a low profile concerning this matter, this thought is not absurd at all because since its beginnings music has always been a part of social groups and meetings. Just think about gospel songs, national anthems, military marches or the hippie movement.

“I can go… with the flow.” – Go With The Flow, Queens of the Stone Age

But there are more advantages to this than only this effect. Some can also be experienced while listening to music in isolation. Some psychologists for example find that Flow is desirable, at least in some work situations. This is a mental state in which one is absolutely immersed in his work, forgets time and everything gets done almost automatically. Flow does not only mean to be highly productive and concentrated but also to experience a feeling of happiness according to Flow expert Mihály Csíkszentmihályi. [1] Flow can occur when the task that is supposed to be handled is neither too hard (anxiety) nor too easy (boredom) and there are no distractions. As already mentioned, music can help to ignore unwelcome stimuli and therefore protect against such distractions, which ultimately makes it easier to enter the Flow state. 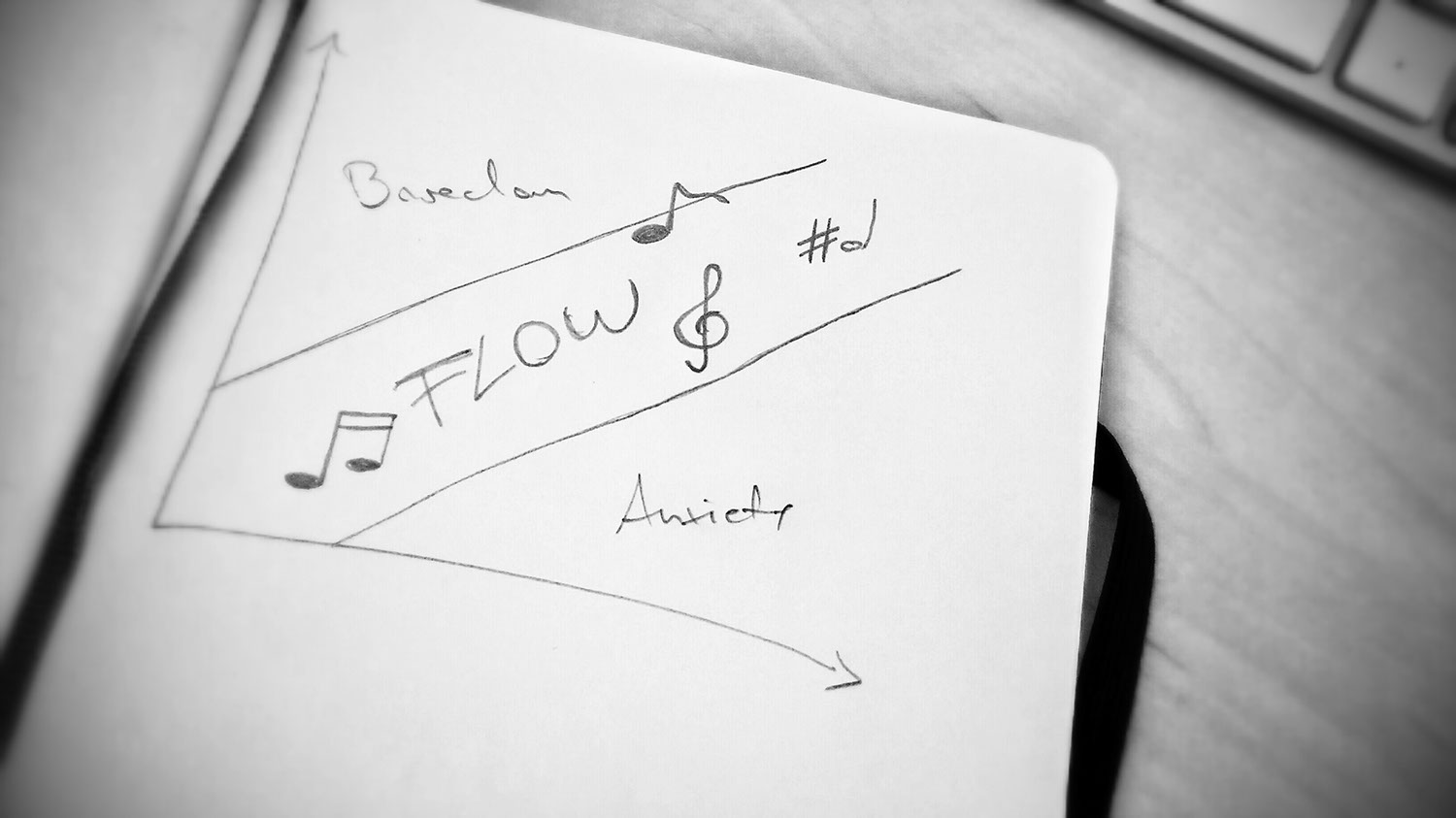 There are even studies which show that background music can reduce the perceived effort during strenuous physical exercise. [2] A look at the treadmills in a fitness studio suggests that this thesis cannot be all too wrong. Almost every jogger there wears headphones in order to deviate themselves from their tired legs. You could say that an office job has little to do with athletics, but if this works, why shouldn’t music also be able to aid in cognitive work as a tool that for example reduces the perception of mental fatigue?

One could argue that listening to music is already some kind of cognitive task and therefore gets in the way of similar tasks. There even is some scientific evidence for this as well. In an experiment which observed the effect of pop songs on introverted and extroverted people, it showed that both groups were able to resolve some specific assignments better in silence. They were supposed to answer questions regarding a text they read prior and should also memorize and then list as many objects as possible. The fact that introverted people had bigger problems, however, points out that not everybody reacts the same to acoustic stimuli in this regard. [3] Lullabies also prove that sounds don’t have to be exertive and it can probably be distinguished between hearing (passive/subconscious) and listening (active/conscious).

Back to the treadmills: The joggers do not only listen to music for distraction. Motivation might even play a bigger role in their situation. With the Rocky theme “Eye of the Tiger” in the ears even the laziest man can master a marathon. At least it sometimes feels that way. The keyword here is Mood Management and has been known to media psychologists for a long time. This theory states that media can influence the mood of people and is also used by the recipients deliberately for this cause. Whoever loses his high spirits during work might therefore be able to countersteer with a personal soundtrack.

“Don’t be shocked by the tone of my voice. It’s the new weapon, weapon of choice.” – Weapon of Choice, Fatboy Slim

So listening to music alone or in a group can be beneficial for workaday life. But one question remains: Do the characteristics of music make a difference? Has somebody who loves classical music an advantage over his fellow headbanger besides less pain in the neck? In the scope of a study at the University of Wisconsin, Frances Rauscher discovered the so called Mozart effect in 1993. She discovered that listening to the compositions of the Austrian composer improved the concentrations of his subjects. [4]

For a long time, this was attributed to the properties of the music but it has later been questioned, rightfully. After all, the study did not in a single way observe the effects of other musicians or genres. Later, it became clear that rock can have a very similar impact as long as the recipients have some affection for the music. As soon as somebody hears something he doesn’t like, the advantages do not occur. Some subconscious processes however were only stimulated through classical music, which is an indicator that personal preference maybe should not be the only thing of importance when choosing music for work. 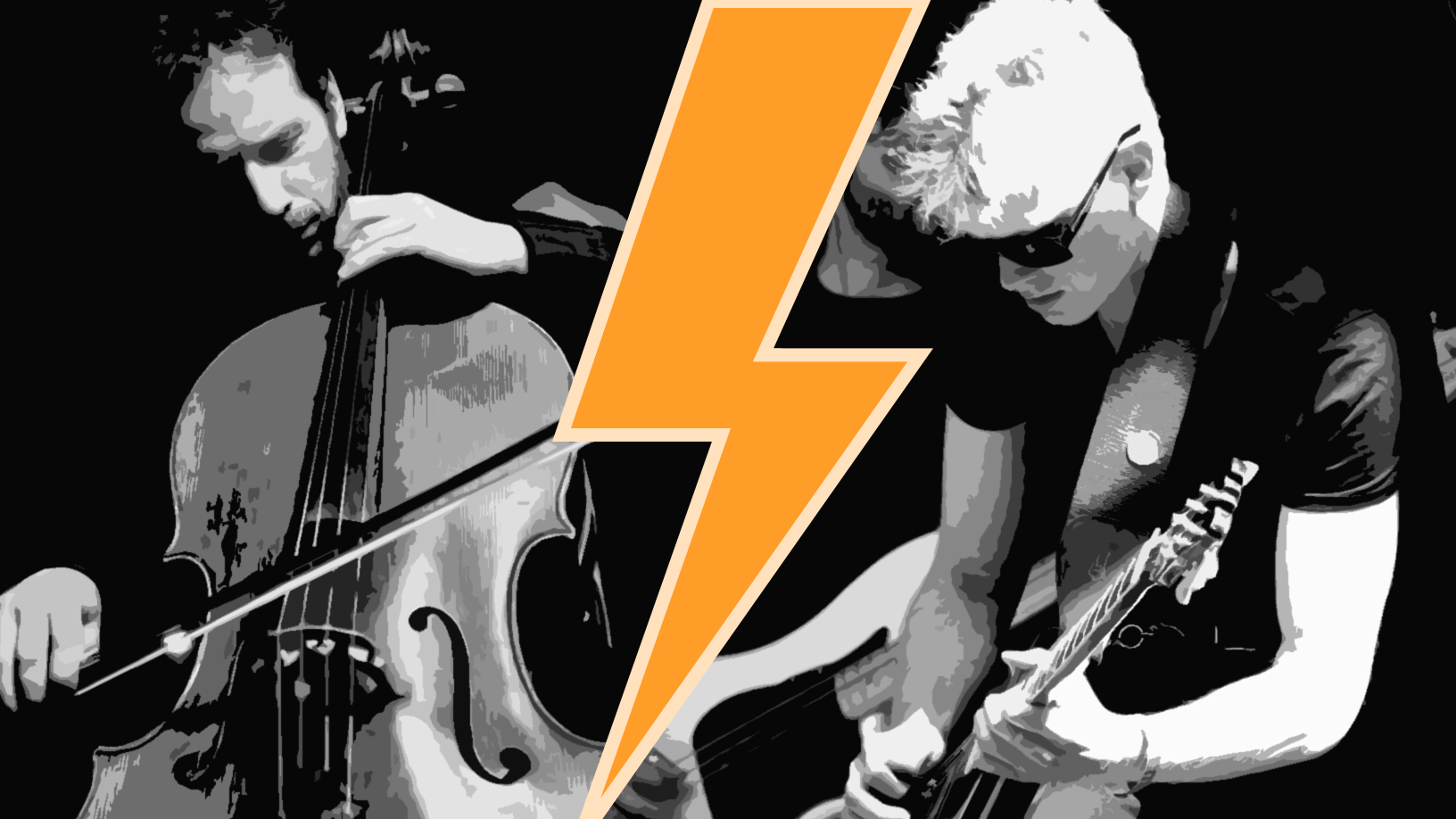 Volume is another relevant topic. The fact that deafening loudness in the office cannot be helpful is not really debatable. A study at the University of Chicago, however, showed that moderately loud background noise (70 decibel) can influence the performance at creative tasks positively. This was explained by a lowered ability to process information, which again causes abstract thinking to improve. With increasing volume on the other hand (85 decibel), a level will be reached on which creative working is made more difficult. [5] It is therefore important to carefully adjust the volume in order to make use of the positive effects of music. But it might not make a lot of sense to use concrete decibel values as a guideline. One is probably better off to consider the subjective perception of people.

Regarding activities, which require reading or writing (this might be code as well), it would be interesting to know whether vocals in the music have a similar effect like somebody who constantly interrupts a conversation. According to anecdotal reports by Centigrade coworkers, some people tend to hear solely instrumental music in such situations. Speech just comes to the fore more easily, especially if it is in the mother tongue of the listener. Ignoring English lyrics during work is probably easier for someone who usually speaks German.

“But you don’t really care for music, do ya?” – Hallelujah, Leonard Cohen

As a conclusion of the blog article, the following can be said: Whoever vilifies listening to music during work misses an easy opportunity to foster things like concentration, creativity, motivation or even teamwork. One should however keep in mind, that music is not appropriate in every situation or for every task and should be adjusted to social norms. What kind of music people listen to does not seem to be all that important, as long as they like it and it is not too loud. This of course also means that nobody should be forced to listen to music during work he or she is not comfortable with, even though it can have all these positive effects. Rumor has it that some people don’t even like listening to music at all. But at Centigrade this looks a little bit different.

Here is an excerpt of the listening habits of the Centigrade staff: