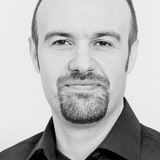 As described in January’s post, animations can fulfill essential purposes in user interface design. This article provides some insight into a study that has been conducted with the goal of exploring the effects of animations regarding user experience.

The object of the study was the interactive prototype of a facility management system. Its main functionality was to give an overview of a building (floors and rooms), adjust the temperature and assign the right employee to arising problems in order to solve them.

Participants in the study were divided in two groups. While one group interacted with an animated version of the prototype, most of the animations were replaced with static counterparts for the second group (“static group”). The differences between the two versions of the prototype affected, amongst other things

In this section, four findings of the study are described in order to shed some light on the effects of animations on user experience.

After analyzing the data gathered in the study, first answers regarding the question of benefits and drawbacks of animations in user interfaces emerged. On the positive side, animations made users like the application more and used in the right way they were able to help inexperienced users to work with the applications. But there were also drawbacks: experienced users felt limited in their use of the application due to the employment of animations. So it is crucial to consider user characteristics in order to decide when and how to use animations.
Of course, the study has far from answered all the questions that can reasonably be asked regarding the influence of animations on user experience. There is still a variety of interesting questions that can be asked in that area and the future will hopefully see more answers in order to employ animations in a way that enhances user experience.

This blog article is an edited version of material originally written by Anna Günther based on her bachelor thesis conducted at Centigrade.