Videogames are a great enrichment to our cultural environment. With advancing technology, video games become more realistic and engaging. Unfortunately, texts, sculptures, pictures, music and movies do not have the same potential letting the recipient immerse into another world (at least not without drugs). For this reason, game development has become an absolute dream job for many people. However, the conditions and requirements for that job are not as great as media suggest – at least in Germany.

In this article I will compare game- and software development showing that developing “serious” software applications can be as fulfilling as game development.

The Myth of Success

The German association of interactive entertainment is looking back on a prosperous year 2012. Though the total revenue was reduced from 1.99 Billion to 1.85 Billion Euro, the overall sales achieved a plus of four percent up to 73.7 million sold games (Gameswelt, 2013)

This is basically how the media reports the success of the German gaming industry. Compared to the revenue of game manufactures in the US, the German industry does not seem to have any relevance in the international market. For example, Activision Blizzard alone indicates their revenue to 4.6 Billion US-Dollar for 2013 (Wallstreet-Online, 2014). This figure is similar to the revenues of other well-known manufactures like Valve, EA or Rockstar.

Similarly, the Japanese game industry also generates a greater revenue than the German. Nintendo, Capcom, Konami or Sony each attain a multiple of the complete German revenue for selling video-games.

Within Europe, Ubisoft (Headquarter in France) is the largest publisher and developer. Having a revenue of about 1.25 Billion euro in 2012, the company maintains developer studios in Montreal, Paris, London and Duesseldorf. Unfortunately, measuring the exact size of developer teams in European facilities of international businesses is difficult. Many publishers (EA, Activsion Blizzard, Rockstar) have European teams only for secondary activities like marketing, localization and support while the core developer team creates the actual games outside Europe.

Additionally, companies like Google, Microsoft, Sony, Apple and Valve make huge profits just by selling or hosting games on their online marketplaces. Each game sold via iTunes or Steam generates a profit of 30 % of the sales price for them. In summary, the whole German game industry generates far less revenue than many American or Japanese companies on their own. So why is the German game industry so far behind?

The local media simultaneously talk about an upswing of the German game sector getting their information from the game association messages without reflecting it or setting it into relation to other markets. The reasons for this are unclear: Although a stable growth of the market can be observed, the euphoria should be tempered in spite of the low revenue and number of employees. Instead, we should ask ourselves why Germany is so far behind the international competitors. Furthermore, the growth of revenue does not seem to increase employment (a total of around 10,000 Employees in 2012). By comparison, despite similar conditions in the movie industry, there is less euphoria to be seen. In 2012, the revenue has been 2.8 billion euro of which 1 billion was gained at the box office. The German music business gained revenue of 1.45 billion euro by sold physical sound media in 2013 alone. In this industry around 43,000 people were employed in 2012. 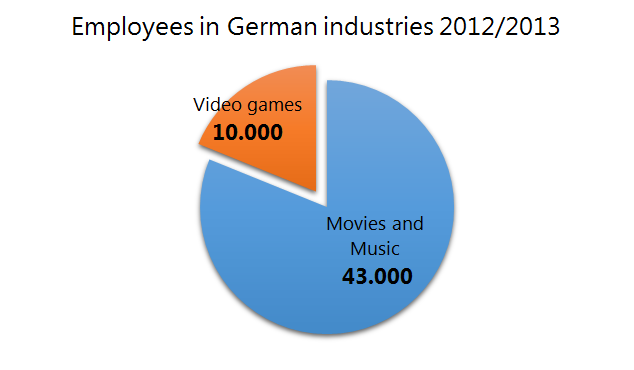 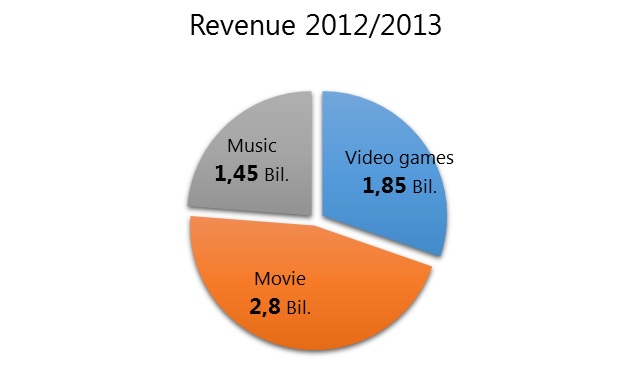 Crytek is one of the few German game developer studios which create quality AAA-Titles (A game produced with a big developer team and big budget. AAA Titles often run on multiple platforms (e.g. Xbox, Playstation und PC), have a large marketing budget and expect more than a million sold units.) and are an international competitor. Their main source of income are not game titles like Crysis, Ryse and Warface but most likely the license model of their distinguished 3D engine for other games. However, shortly after the Electronic Entertainment Expo (E3) in 2014 media announced that Crytek was threatened by insolvency. Although the above-named titles where produced with high quality, gamers were not satisfied. Because the deadline for the Xbox One release of Ryse was too tight the team had to be extended massively. Unfortunately, Ryse was a shelf warmer and the box office results did not meet the expectations.

Although this development is not a reason for concern, one might wish for a less lurid reporting by the media. 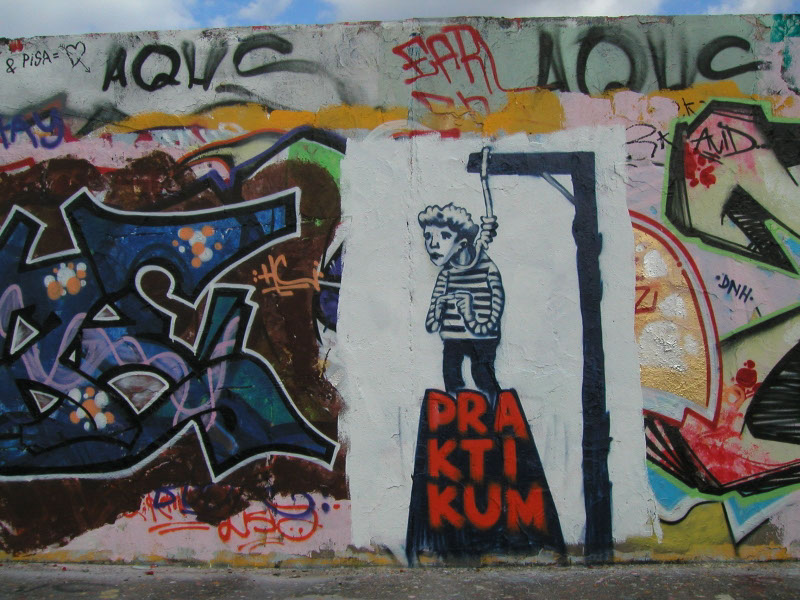 As a result of the reported “success messages” of the German game industry, media and training schools often give statements such as “the game industry is growing”, “the game industry needs more qualified personal”, “the game industry is the future” etc. While at first glance a lot of personal is needed, a look behind the scenes shows that a lot of young people only get internships or badly paid junior positions. The promiscuously criticized work-life-balance is another factor. In some companies the so called “Crunch Time” (which describes the last sprint of a project where overtime and weekend work is order of business) takes weeks or even months.

As a consequence of this pressure – which is not common in Germany alone – many people leave the industry for good after a few years. According to an IGDA study in 2009, employees leave their jobs after about 3.4 years. The “Crunch Time” takes around 10 weeks per year and often lasts 5 weeks at a time. This is also reflected in a ranking for satisfaction of employees in the game industry. The problem is not limited to German companies. Large established companies like id- Software, Konami and Zynga had a “modest” rating. Surprisingly, Electronic Arts got an average rating although they are often criticized for bad working conditions.

Most German game businesses are relatively small, especially in the mobile game sector. Usually they have far less than 100 employees. Many of them are not even engaged in the game development process. Instead, they are responsible for management or community support tasks. Looking closely at the working conditions of these small businesses reveals that the introduction of a minimum wage of 8.50 euros could raise some incomes. The average wage for career starters starts at around 16,000 to 30,000 euros gross per year (lowest e.g. Quality Assurance, highest e.g. Producer or Project Lead). In some cases people even work in precarious employments. Furthermore, amenities (e.g. bonus, social insurance, life insurance etc.) are very unlikely compared to other sectors.

This is not necessarily a threat. But training schools and media convey a very different image. Besides, the German software sector lacks more qualified workers than the German game industry. But despite the bad working conditions, the mostly mediocre game titles produced in Germany and the demanding education more and more people want to work in this business sector. Therefore, only very skilled people get a chance on the job market, especially if they claim to work at one of the successful places such as Crytek or Ubisoft.

Why do so many studios lack financial success?

Game development is fun. Every developer thinks that – at least at the beginning of his career. Wage, work schedule, working conditions or social status are surly no reasons to join the game business. So, many people switch to another business sector. But those people who stay deeply enjoy their work for a long time.

A lot of small studios are built up with great commitment and are continued even if they are not generating large profits or even create losses. Most of the time these are very personal projects where company owners even invest private capital to realize their ideas.

A good, though not German, example is the Minecraft creator Markus Persson (Notch). Like many independent developers he worked on personal game projects besides having a regular job. Eventually, he decided to quit his job and work fulltime on Minecraft which became one of the most successful video games of our time. 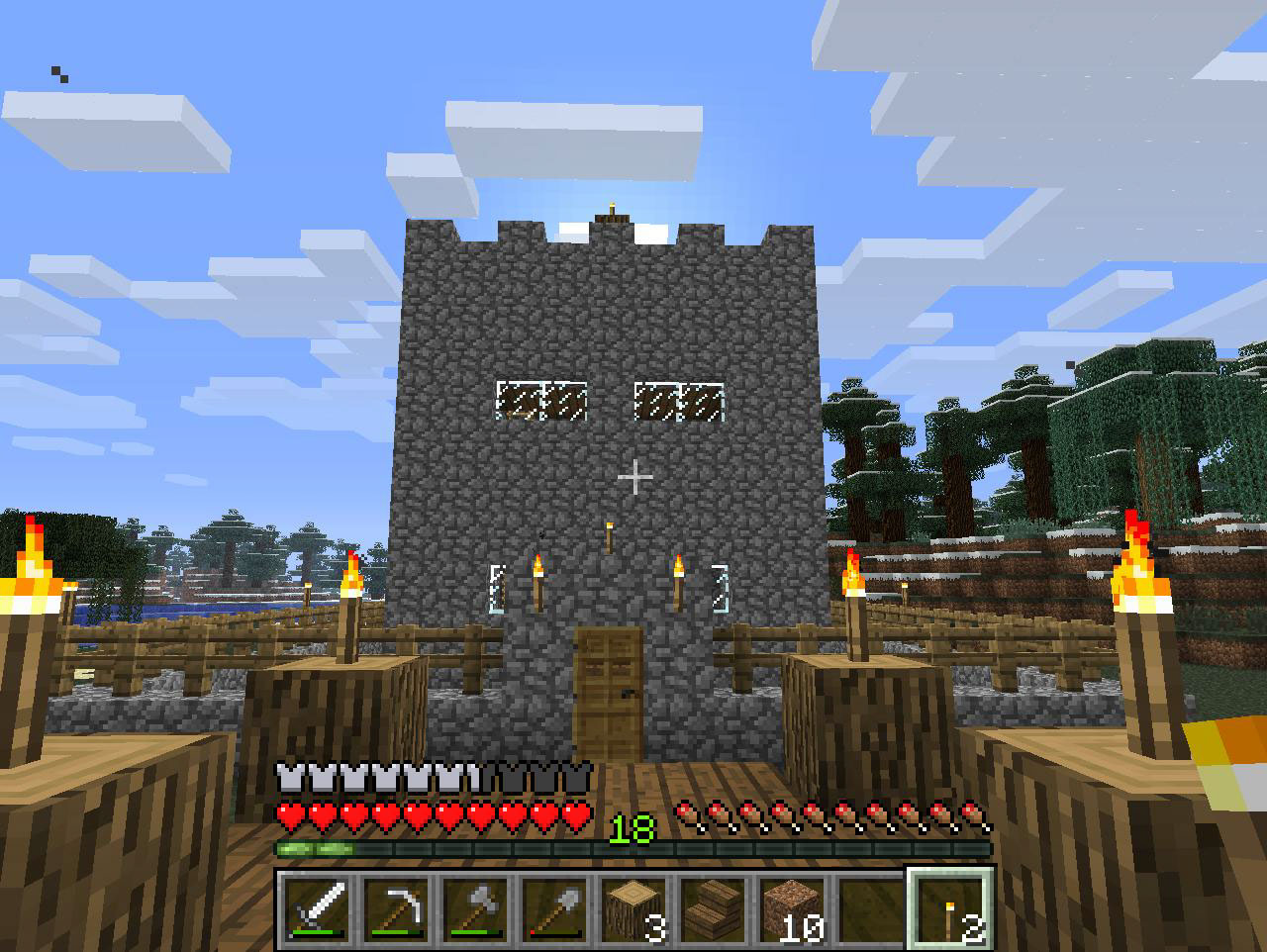 Unfortunately, the success story of Minecraft and its developers is an exception. Developers like Markus Persson take a high risk in realizing their dreams. Only a few have the skill and luck to realize such a project.

Not only game development can be fun. Many of the same challenges apply to serious software as well. The user requirements to these software products have increased in the past years. Users want stylish, usable software that is credible and fast.

In the future, serious software products will implement more and more technology and mechanics that we know from games to make handling easier and immerse the user in an experience rather than letting him feel like he is working. Besides usability, user experience or even “joy of use” play an ever enlarging role. Users like to get emotionally engaged and are willing to pay more for a product that fits these needs compare d to a purely functional compelling product. Hedonistic qualities often complement or even outplay pragmatic qualities so that product development –hardware and software – becomes greatly influenced by the entertainment industry and thereby by game development.

An example that has been discussed in this blog a couple of times is the trend called “gamification”. This and other comparable trends suggest a requirements change in the development of serious software. Unsurprisingly, more and more developers take the opportunity to join the serious software sector. Especially in the area of User Interface Design game mechanics are increasingly demanded: Animations representing state changes, gamified reward systems or 3D visualizations for large amounts of data are only a few examples for the requirements that show many parallels to the problems of the classic game development.

Developers who like to work in a creative environment with good working conditions should consider if a serious software company or a user experience agency might be a possibility for them. After all, these business sectors need more creative and skilled programmers and designers as well. And of course we at Centigrade would greatly appreciate to benefit from these applicants 🙂

All trademarks and product names used on this website are the properties of their respective owners and are used solely for descriptive purposes.