How do you establish UX in traditional large corporations? An interview with Thomas Immich

Often, long-standing processes at large corporations are to be transformed into a new digital customer experience. The result should be intuitive, fun and eliminate any barriers to entry. Can you briefly describe how you guys approach such a task?

Sure. So first of all, in a scoping workshop together with our client, we ask ourselves “Why do you actually want to think and act in a more user-centered way?”. What strategic business value do you expect to gain from this?” While the question sounds trivial at first, it is unfortunately rarely associated with UX design in practice. It is simply very important for our work to know to what extent our UX designs add value for the client in addition to the actual end user, because only if this point is clear from the start, then you can better justify many subsequent design decisions and, of course, expensive development activities.

In addition – and even more essential – this preliminary clarification gives us the decisive indication of which user group is the most relevant group for business success. Unlike a classic target group definition, however, we really go into detail here and clearly separate even closely related user groups from one another.

So basically, we first describe sharp user profiles, so-called personas, as well as sharp usage situations, so-called scenarios, in detail, in order to be able to put ourselves in the shoes of “exactly this one user in exactly this one situation” at any time during the design process, if necessary. This prevents the entire team from making design decisions that lose all traction and ultimately meet with little acceptance.

We often even browse internet forums to find evidence that the personas we assumed we understood their needs really tick like we assumed. It’s not for nothing that this phase of the project is called the “UX Discovery” phase: we gather important psychological insights before we start designing! So we always approach the matter with humility and in the knowledge that the potential users out there may think differently than we assume in the team. 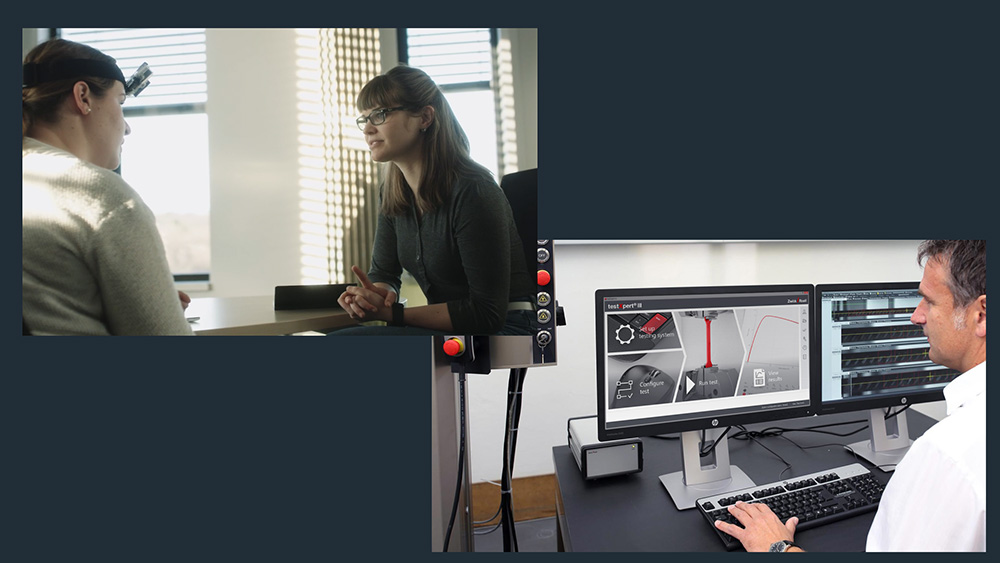 What challenges do you see specifically in large corporations and how can they be solved?

“Focus means saying no to the hundred other good ideas that there are.”

In my career, I have seen over and over again that product managers or product owners have the hardest time saying “no” to potentially interesting product features or service ideas. This comes out of a fear of making a bad decision, which is then – in the case of a missing feature – exposed and painfully transparent to everyone on the table. Much more revealing than if you pack all possible features into the product and thereby “only” trigger a diffuse dissatisfaction in the customer. “Only” in quotation marks. Because it is precisely this diffuse dissatisfaction that naturally causes us to lose potential users on their very personal user journey. And they don’t come back. The fact is: Users want fewer features, but more precise ones. Then they stay in the flow and thus on the journey. However, the challenge described above applies to traditional corporations just as much as it does to startups or medium-sized companies. At the end of the day, it’s about having the courage to say no to the “non-essential feature.” But in order to be able to do that at all, you have to know exactly who you have in front of you as a user and at what moment.

Let’s now leave our internal view and go “back to the future” or back to the user! Which criteria are the key to success from a design & user perspective?

Our proven UX method toolbox Continuous UX comes with very many universal guardrails that basically prevent colossal failure. For example, it keeps representative users involved in the process. Cheap throwaway prototypes are built and tested first before expensive development decisions are made. Time and again, the red pencil is also applied and all features that do not pay rent are eliminated. This reduces the risk of failure or cost explosion from the ground up.

Nevertheless, we also consult special design principles during the collaboration that are particularly conducive to success in the context of the project. For example, we often hang the principle “Every second of the user counts.” very high. We need to keep reminding ourselves: If we make the following design decision too arbitrarily or don’t test it, we may lose that user on their journey – right now. It’s not about what we think is good or what we’re proud of, it’s solely about what motivates the user to stay tuned.

As a former video game developer, you know the importance of gamification in terms of user behavior. Where do you see the biggest advantages here and what do you have to watch out for?

First of all, gamification is the “application of game-typical elements in non-game contexts.” Of course, it’s rare for traditional large corporations to develop a gamified app. But gamification is about individual game elements that motivate the user on his journey to reach a next goal – and not about complete games in the classic sense. For example, users are more motivated to complete an onboarding process in its entirety if they can see clearly at all times how much time and resources it will cost them or what new options they can unlock through it. Gamification, contrary to popular opinion, is also less about rewards and points (that would be incentivization), and more about self-efficacy, experiences of competence, and the feeling of personal progress.

The fact is that everyone plays from birth to old age, and it is precisely in this way that they develop their greatest concentration and performance. Paradoxically, this is often overlooked, especially in Germany, because the widespread belief is that work and play do not go together at all. However, I can only bring a wonderful quote from Dr. Stuart Brown to this:

“The opposite of play is not work but depression.”

An important step of a UX project is often the improvement of the user journey. But is that all there is to it? What remains to be done in a world where user behavior & preferences are continuously changing?

Improving user journeys never really stops. On the one hand, the user encounters the same stations again and again on his journey, for example electronic payment processes. However, it is precisely these recurring touchpoints that should constantly give him the feeling of competence and should therefore also be continuously improved. If I, as a user, have the feeling that every time a week has passed between two transfers, I once again don’t know how the process actually works and which PIN, password, or ID is required at which point, then a small startup just has to come around the corner that manages exactly this short journey better. The user is then gone for the large corporation.

Secondly, the world around us is changing rapidly. You have to constantly keep on your radar when a whole group of people suddenly starts thinking in a completely new way about an existing topic, such as retirement planning, savings or mobility. It doesn’t help at this point to hold on to old models. We need to act fast! You have to take such phenomena seriously at an early stage, see them as an opportunity, and quickly integrate new services and touchpoints into the user’s journey. Unfortunately, the Americans are much faster at this than we are in Germany.

Finally, let’s get back to the core of the core. What is important for the success of a (new) user journey and where should you not make any compromises?

Especially with a new user journey, the risk of being wrong with the first design is high. Observing users, thinking small about features, going into the field early for testing – all this is always true anyway, but even more so with new journeys.

I believe that compromises should even be made during project development. But in the way that you, e.g. just for the sake of gaining knowledge, test out early software states that are still buggy and/or ugly. As long as one transfers the compromises, which one won in favor of early realizations, successively and continuously into qualitatively and load-carrying solutions, that is very promising. It is risky not to do this, but to open up new construction sites everywhere – in my opinion, this leads to systems that, like a pond with too little oxygen, “tip over” from one day to the next and are difficult to save. The trick is to polish those features in the long term that bring the greatest added value to the user journey and to deliberately neglect those features that are actually rarely used in order to free up development resources. Even large corporations have limited resources and must be able to compete with small startups in terms of speed. 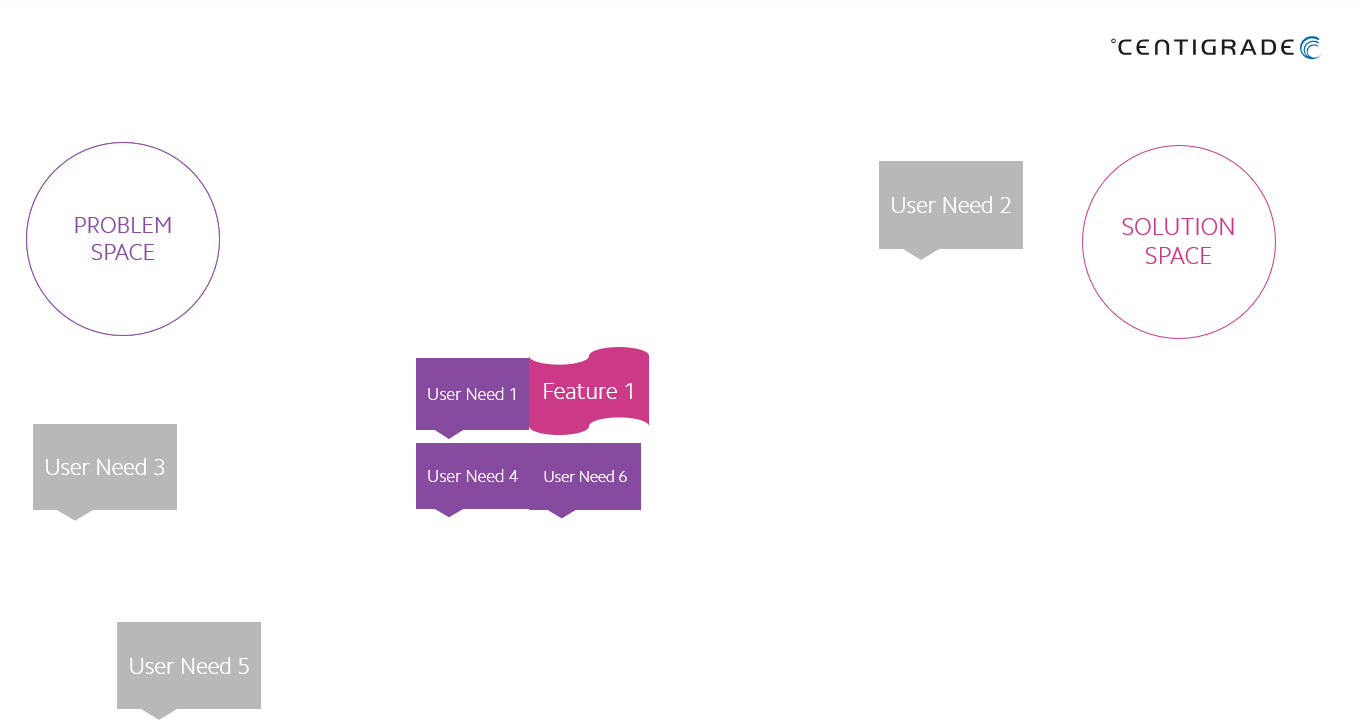